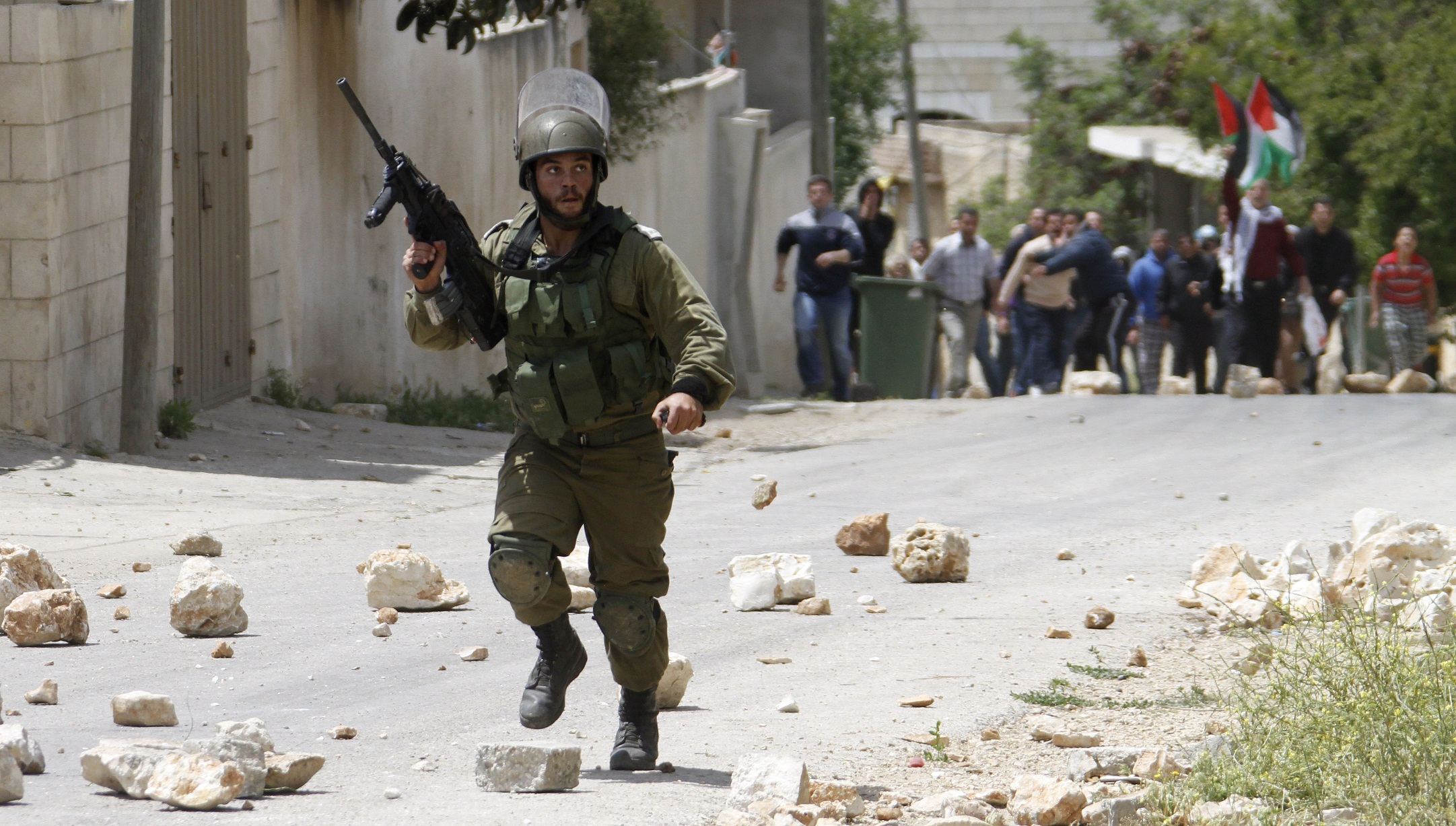 An Israeli soldier runs to seek cover from Palestinian stone throwers during clashes following a protest against Israeli settlements in Qadomem, Kofr Qadom village, near the the West Bank city of Nablus, 24 April 2015.

JERUSALEM - Israeli troops shot and killed a young Palestinian man wielding two knives on Saturday as they gave chase, after he tried to attack the troops near a checkpoint in the Jerusalem area, police said.

The incident occurred at around midnight near the A-Zayyim checkpoint at the outskirts of East Jerusalem in the occupied West Bank, land Israel captured in a 1967 war that Palestinians seek for a state.

Samri said the troops "fired precise shots neutralising him (the suspect)" when he failed to heed their warnings, and that medics confirmed the suspect had died of his injuries.

Violence in the Jerusalem area has flared on and off since just before a 50-day July-August Gaza war when Israelis killed a Palestinian youth in revenge for the slayings of three kidnapped Israeli teenagers.

Israeli tanks fired at Gaza on Friday after Israel said a rocket was fired from the Hamas Islamist dominated territory during Independence Day celebrations a day earlier.

There were no casualties in those incidents.