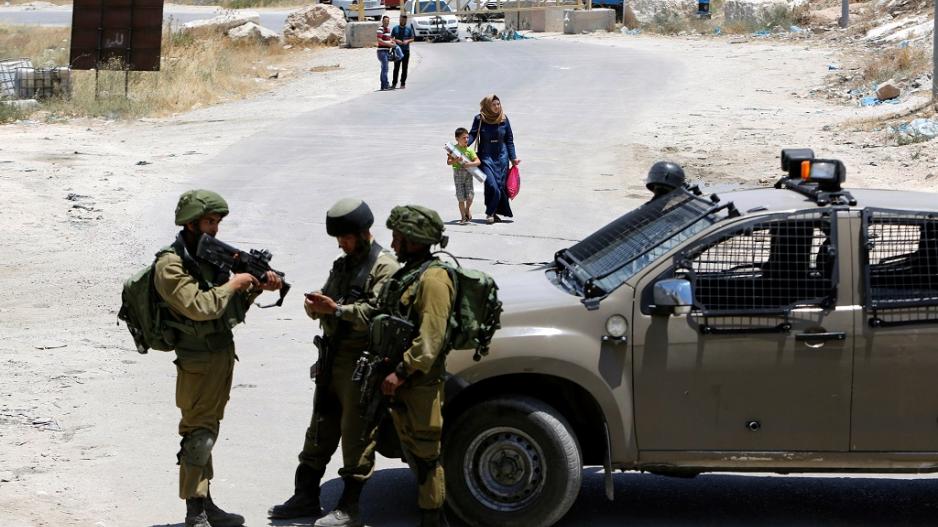 Israeli soldiers stand guard at the entrance of Yatta near the West Bank city of Hebron June 9, 2016.

QALANDIYA, Palestinian Territories - A Palestinian woman suspected of intending to attack Israeli guards at a West Bank checkpoint into Jerusalem was shot and injured by security forces on Monday, police said.

The 30-year-old woman walked towards the guards at the Qalandiya checkpoint using the vehicles-only lane "all the time clutching her handbag in a way that made them suspicious", police spokeswoman Luba Samri wrote in a statement.

She had ignored repeated orders to halt and they opened fire.

The Palestinian woman was lightly injured and taken by Israeli ambulance for medical treatment, Samri added, without specifying if any suspicious items were found in her handbag.

Since a wave of violence broke out in October 2015,  252 Palestinians, 41 Israelis, two Americans, a Jordanian, an Eritrean and a Sudanese have died.

Most of the Palestinians killed were carrying out knife, gun or car-ramming attacks, according to Israeli authorities, with others killed during protests, or in clashes or Israeli air raids on Gaza.

The rate of attacks has declined sharply in recent months.