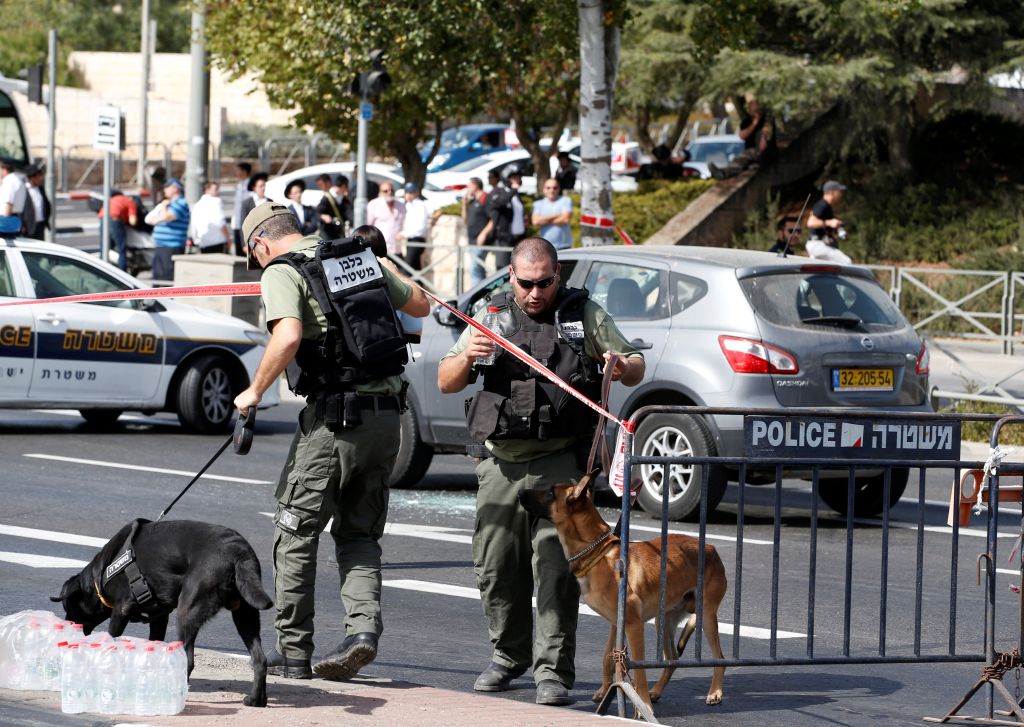 Israeli police secure the area following a shooting incident in what an Israeli police spokesperson described as a terrorist attack, near police headquarters in Jerusalem October 9, 2016.

JERUSALEM – An Israeli man aged in his twenties was stabbed to death Thursday in a southern city in what authorities called a terror attack.

"There is no doubt about the terrorist nature of the attack," which happened in Arad, police spokesman Micky Rosenfeld told AFP, adding that the assailants escaped.

Earlier in the day an Israeli settler shot dead a Palestinian in the occupied West Bank after a group of Israeli hikers was targeted by Palestinian stone-throwers.

Since a wave of violence began in October 2015, at least 309 Palestinians or Arab Israelis, 51 Israelis and seven foreigners have been killed in a series of attacks, according to an AFP count.

Israeli authorities say most of the Palestinians killed were carrying out knife, gun or car-ramming attacks.

Others were shot dead in protests and clashes, while some were killed in Israeli air strikes on Gaza.

Violence is considered to have subsided greatly in recent months.