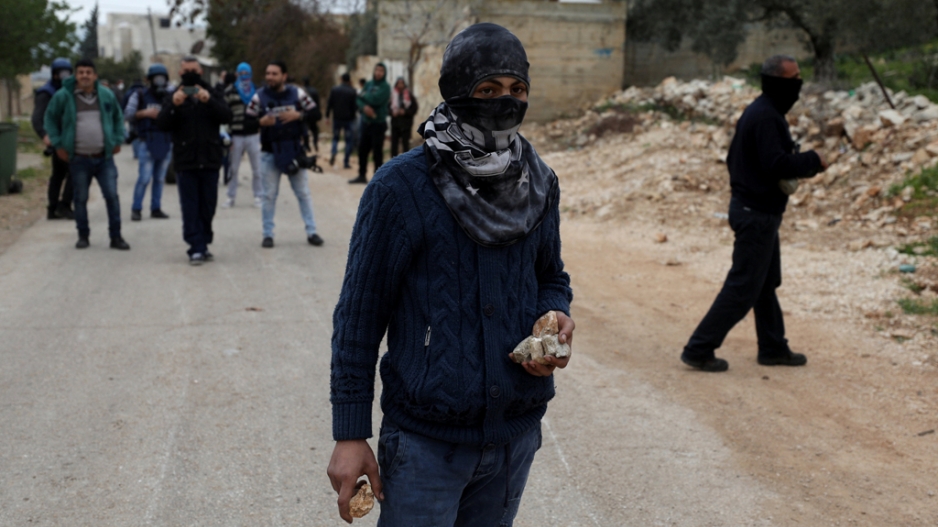 A Palestinian protester holds stones during clashes with Israeli troops following a protest against the nearby Jewish settlement of Qadomem, in the West Bank village of Kofr Qadom near Nablus, March 10, 2017.

The army said soldiers opened fire at assailants throwing petrol bombs at Israeli drivers near Arroub refugee camp and that one of them was hit, but a spokesperson could not confirm he had died.

"In response to that immediate threat forces fired toward the suspects and a hit has been identified," she told AFP.

The Palestinian health ministry named the dead youth as Murad Yussef Abu Ghazi, 16, and said he was shot in the chest.

Palestinian security officials said Abu Ghazi was shot dead during clashes with soldiers in which another youth was seriously wounded by army fire.

A wave of violence that broke out in October 2015 has killed 256 Palestinians, 40 Israelis, two Americans, one Jordanian, an Eritrean and a Sudanese national, according to an AFP count.

Most of the Palestinians who lost their lives were carrying out knife, gun or car-ramming attacks, according to the Israeli authorities.

Others were killed during protests, in clashes or Israeli air raids on the Gaza Strip.

Violence has greatly subsided in recent months, despite sporadic attacks.