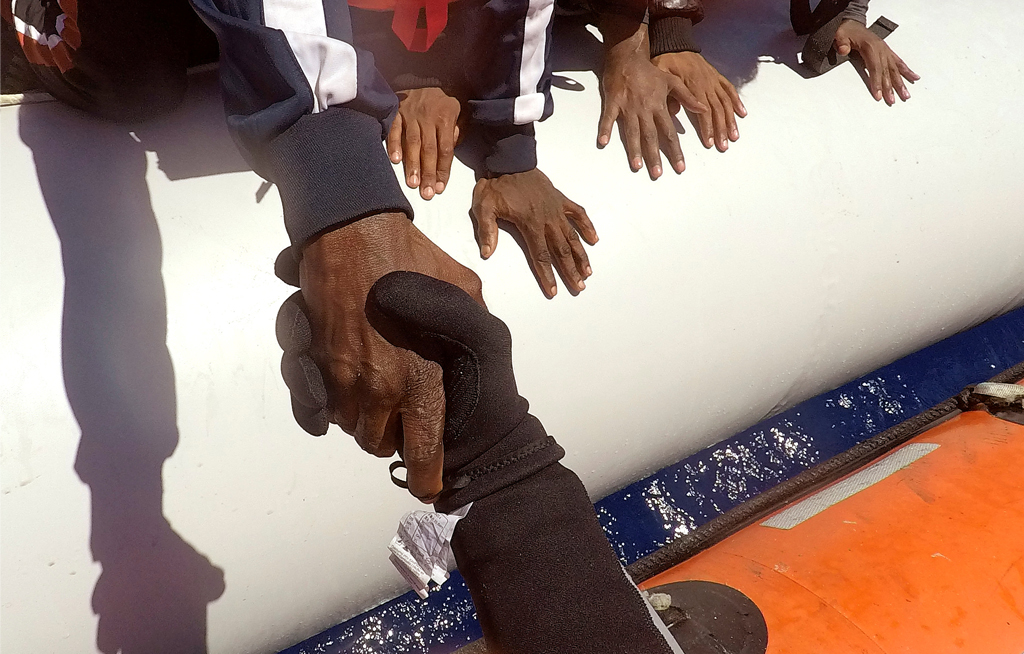 ROME - Italy has threatened to prevent vessels flying under foreign flags from disembarking migrants rescued in the Mediterranean in its ports, a source close to the government said Wednesday.

"We can't go on like this," the source told AFP after media reported that Italy's representative to the European Union, Maurizio Massari, delivered a letter to the bloc warning that the country was considering closing its doors.

Massari is said to have met the European Commissioner for Immigration, Dimitri Avramopoulos, to insist that the latest wave of people saved from rickety vessels in the Mediterranean had meant "the situation has become unsustainable".

Rome is threatening to deny the landing of boats that have picked up people setting off from crisis-hit Libya and are not flying Italian flags, the reports said.

Prime Minister Paolo Gentiloni said Italy was "asking certain European countries to stop looking the other way because we cannot go on like this".

The threat follows a poor performance by the ruling centre-left Democratic Party (PD) at local elections this weekend, where it lost heavily to the centre-right Forza Italia and the anti-immigrant Northern League party.

The anti-establishment Five Star Movement (M5S), which is running neck-and-neck in national polls with the PD, has followed the Northern League in demanding a stop to new arrivals -- particularly in the capital Rome.

"I wonder whether the proposed measure is legal at all," said Mattia Toaldo, an expert on Libya at the European Council on Foreign Relations.

"Denying docking rights to ships who have rescued people in distress at high seas (a legal obligation for all vessels, including commercial ships) sounds dubious.

"It sounds more like a desperate way to get Europe's attention than a real measure that can be implemented," he said.

More than 10,000 people were pulled to safety between Sunday and Tuesday off Libya -- including 5,000 on Monday alone.

While the Italian coastguard coordinates the operations, many ships sailing under foreign flags take part including several aid ships chartered by privately-funded organisations from France or Germany.

The NGOs have already faced a fierce campaign to discredit them this year after an Italian prosecutor alleged their collusion with smugglers -- an accusation they said was political and designed to thwart their rescue efforts.

Critics have said the NGOs attract traffickers by sailing close to the Libyan coast. They insist they have no choice, because smugglers put the migrants out to sea in flimsy vessels that sink as they reach international waters.

The Maltese organisation Moas was the first to launch a private rescue vessel in the summer of 2014.

Those with one or more boats in the area in 2016 included German NGOs Sea Watch, Sea Eye and Jugend Rettet, as well as the Dutch Lifeboat Project, the Spanish Proactiva Open Arms and Moas.

France-based Doctors Without Borders (MSF) also carries out rescues with two aid vessels, one of which is run in partnership with SOS Mediterranee.

Rome has complained for years about being abandoned to face alone the worst migrant crisis since World War II and has repeatedly demanded Europe do more to take in migrants setting off from the coast of Libya.

Over 73,300 migrants have landed in Italy since January, a 14 percent increase from the same period last year.

Just over 2,000 people have died attempting the crossing or are missing, feared drowned, since the beginning of 2017, according to the UN's refugee agency.