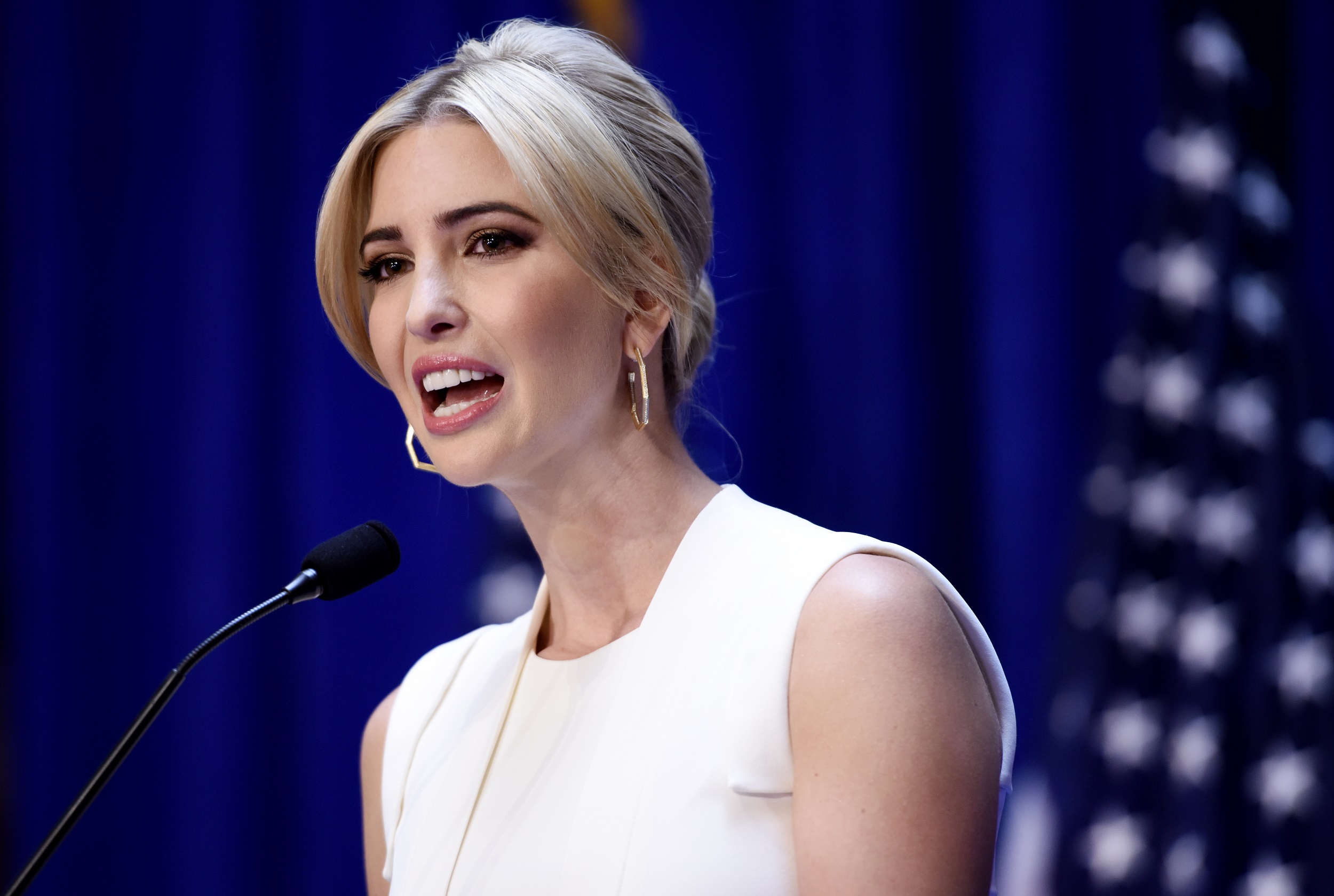 Donald Trump's daughter Ivanka has come under fire for allegedly lifting the shoe designs for her clothing and accessories line from a celebrated Italian shoemaker.

BEIJING – In his January inauguration speech, US President Donald Trump made a seemingly straightforward pledge: "We will follow two simple rules: buy American and hire American".

His daughter is the exception: even as he spoke, at least eight shipments of Ivanka Trump-branded shoes, bags and clothes – more than 53,5 tons – were steaming towards American ports from China, according to US Customs bills of lading examined by AFP.

Trump uses his presidential pulpit to censure manufacturers – both domestic and foreign – for using overseas labour to make goods for American consumers, but the Ivanka-branded orders have kept rolling in.

More than two tons of ladies' polyester woven blouses, 1,600 cowhide leather wallets and 23 tons of made-in-China footwear were among at least 82 such shipments that passed US Customs – almost one per business day – from Trump's November 8 election win through February 26, records showed.

The goods were made in China by three US companies holding licences to manufacture products for Ivanka Trump's fashion line: garment maker G-III, Mondani Handbags and Marc Fisher Footwear.

Marc Fisher told AFP it had no comment, while the others did not respond to requests.

The first daughter's business has come under scrutiny since major US department store chain Nordstrom announced in February it would stop carrying her products, citing poor sales.

That provoked a scathing attack from Trump and his advisers and even prompted senior counsellor Kellyanne Conway to urge Americans to go out and buy his daughter's products.

The Washington Post reported this week that many had done just that, with February proving a banner month for the brand, in terms of sales.

More than 1,200 shipments of Trump-branded products have flowed into the US from China and Hong Kong over the past decade, according to an examination of US import data last year by anti-Trump political action committee Our Principles PAC.

During his campaign, Trump defended the licensing of the Trump name for goods made in China – from shoes to ties to dress shirts – as "smart" business.

But at the same time he frequently accused China of stealing US jobs through unfair trade practices and currency manipulation, while also slamming US firms such as Ford and Nabisco for off-shoring.

Since taking office, he has kept up the pressure, vowing to punish domestic and foreign companies that manufacture abroad with massive tariffs of as much as 45 percent.

His frequent fusillades have led some companies to second-guess decisions to build production facilities overseas.

In February, Japanese firm Nisshinbo Holdings, a leading global maker of automobile brake parts, dropped plans to open a factory in Mexico, saying it was due to Trump's trade policies.

But the president has been notably silent on his daughter's products, which are sold in American retailers like Macy's, Lord & Taylor and TJ Maxx.

But rather than chide his daughter’s partners for making their products abroad, Trump instead lashed out at Nordstrom last month after it announced it would stop carrying Ivanka's fashion range.

"My daughter has been treated so unfairly by @Nordstrom," he tweeted.

Christopher Balding, an expert on Sino-US trade relations at Peking University, called it "very hypocritical to make (bringing jobs back to the US) a policy plank and manufacture her products in China".

But "in their defence... she couldn't get those products manufactured in the US at a reasonable price point".

However, a long-time garment industry executive who spoke on condition of anonymity told AFP simple products like polyester dresses could "definitely" be made in the US at a similar price once savings from transportation and tariffs are factored in.

"The less labour involved in making the garment, the more they can compete with Asian manufacturers."

Late last month, Ivanka sat in on a White House meeting where her father discussed "tough policies" to bring "our jobs back".

"Everything is going to be based on bringing our jobs back," the president said, as he addressed a group of manufacturing moguls from a dozen American firms.

Following the meeting, a spokesperson for the Ivanka Trump brand told AFP the company has "consistently expressed that we share industry leaders' interest in bringing more manufacturing opportunities to the US and are looking forward to being a part of the conversation".

And at least one shoe factory in southern China has received an order for 10,000 shoes for next season, according to Chinese newspaper the Global Times.