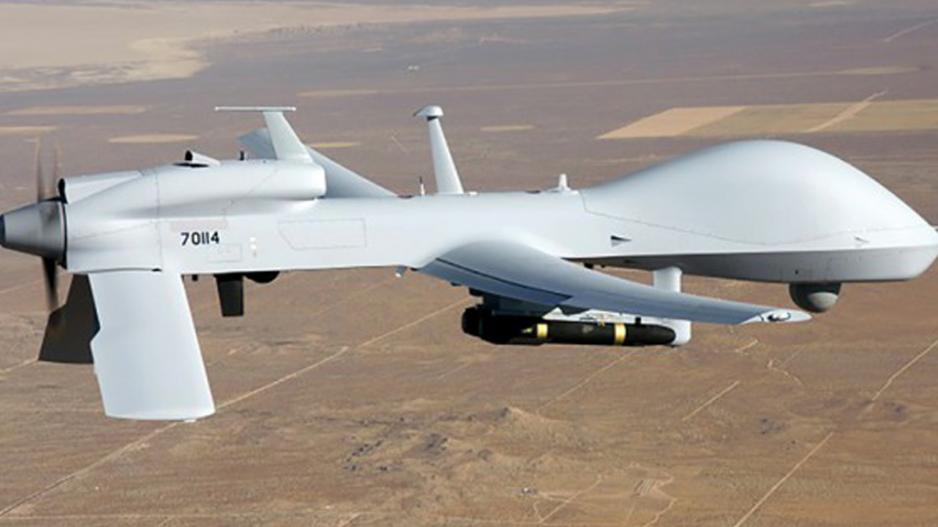 Jordan's air force has shot down an unidentified drone.

TOKYO - Japan said on Friday it scrambled fighter jets after a Chinese vessel sailing in disputed waters launched a drone, the latest bout of tension in a longstanding territorial row.

The two countries are at odds over a group of small uninhabited islands in the East China Sea administered as the Senkakus by Japan but claimed as the Diaoyus by China.

Coast guard ships from the two nations routinely patrol the area, known for rich fishing grounds and possible energy reserves, to back up their claims.

The countries have also occasionally engaged in potentially dangerous encounters in the air and at sea over the dispute but have avoided actual conflict.

"This is the first time we see what appears to be a drone flown by Chinese ships that are sailing within territorial waters," Suga said.

"This is a new form of activity by China," he added.

"We strictly protested that this is a unilateral escalation and that we absolutely cannot accept it."

But speaking at a regular press briefing in Beijing on Friday, Chinese foreign ministry spokeswoman Hua Chunying said: "Of course we cannot accept the so-called negotiations or protests of the Japanese side."

"As far as I know, the Chinese coast guard did not send or fly the unmanned aerial vehicle. It was used by the media for aerial photography; it was not a military action, as some media have hyped," she said, without providing further details about the media outlet in question.

It was China's "inherent right" to conduct regular patrols in its own territory, she noted.

Japan has said its military scrambled a record number of jets last year, mostly in response to an increase in approaching Chinese aircraft.

Japanese officials believe China has been trying to analyse the capacity and response patterns of Japan's defence and coastguard personnel.