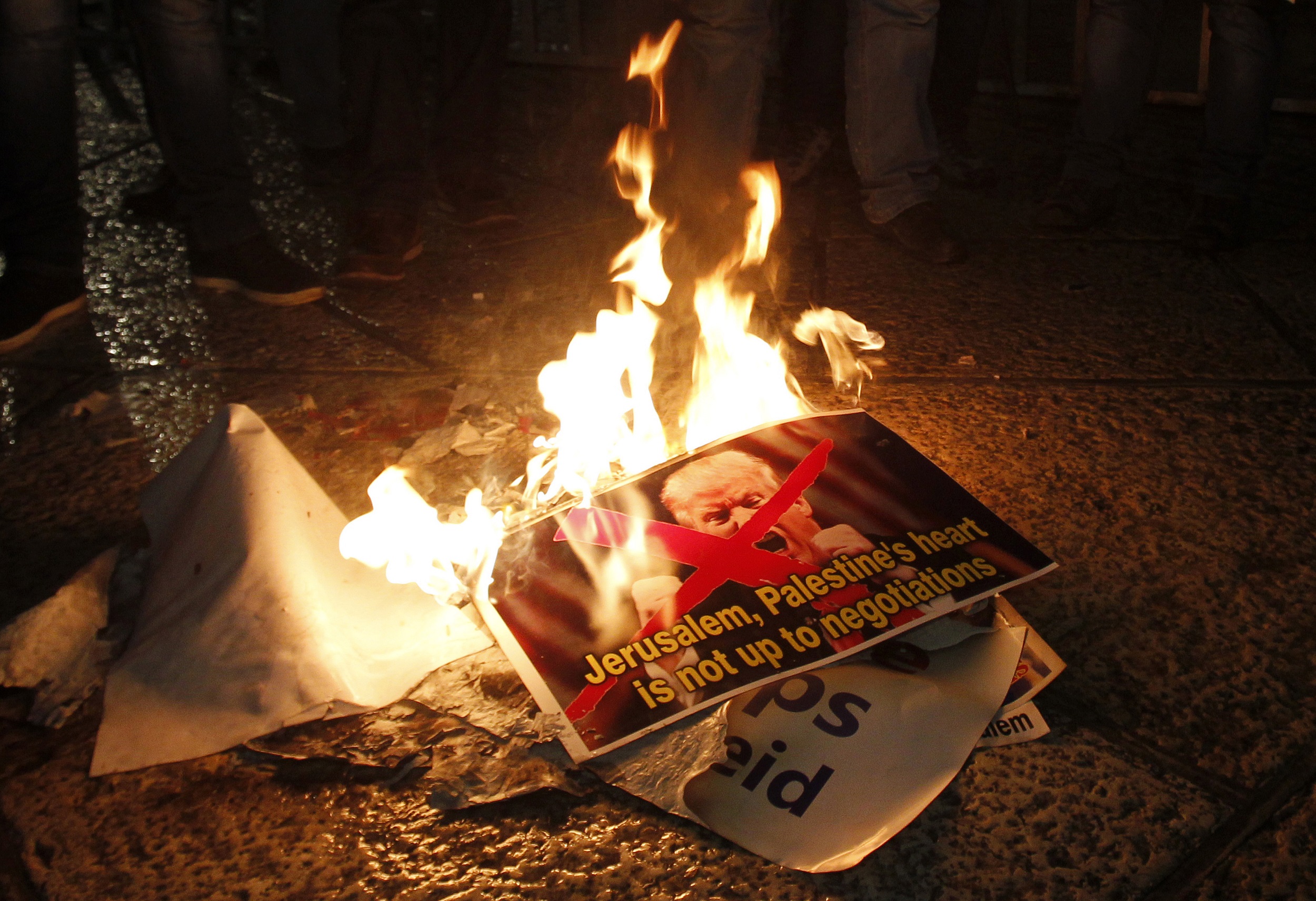 Palestinian demonstrators burn posters of US president Donald Trump in Bethlehem's Manger Square in protest to him declaring Jerusalem as Israel's capital.

AMMAN - Jordan rejected the US decision to recognise Jerusalem as the capital of Israel, calling it legally "null" because it consolidated Israel&39;s occupation of the eastern sector of the contested city.

The staunch US ally considered "all unilateral moves that seek to create new facts on the ground as null and void", the spokesman added.

Foreign Minister Ayman Safadi said later in a tweet that the move "frustrated" peace efforts, adding that the status of Jerusalem must be "determined in direct negotiations" between the Palestinians and Israelis.

"Jordan rejects the decision and all its implications and will continue to work for an independent Palestinian state with East Jerusalem as its capital," Safadi added.

Jordan lost East Jerusalem and the West Bank to Israel during the 1967 war and says the city&39;s fate should only be decided at the end of a final settlement.

Palestinians claim East Jerusalem for the capital of a future state. Israel regards Jerusalem as its eternal and indivisible capital.

Jordan&39;s King Abdullah warned of the repercussions of Trump&39;s expected move in talks last week in Washington with top administration officials and warned of a backlash across the Middle East.

The king&39;s Hashemite dynasty is the custodian of the Muslim holy sites in Jerusalem, making Jordan sensitive to any changes in the status of the city.

A government source said Palestinian President Mahmoud Abbas was due to hold talks with the monarch on Thursday in a stepped-up diplomatic offensive to counter Trump&39;s plan.

Several protests broke out in areas of Jordan&39;s capital, Amman, inhabited by Palestinian refugees in response to Trump&39;s announcement.

Youths chanted anti-American slogans in Amman, while in the Baqaa refugee camp on the city&39;s outskirts, hundreds of youths roamed the streets denouncing Trump and calling on Jordan&39;s government to scrap its 1994 peace treaty with Israel. "Down with America. America is the mother of terror," they chanted.

Jordanian deputies in a special parliamentary session on Wednesday condemned the move and urged the government to expel the US ambassador and boycott US goods. A dozen activists staged a sit-in near the gates of the US embassy.

Many people in Jordan are descendants of Palestinian refugees whose families left after the creation of Israel in 1948.

Jordan&39;s powerful mainstream Islamist movement, the country&39;s largest political party and opposition group, said it would stage several major rallies across the country in the next few days and after Friday prayers.