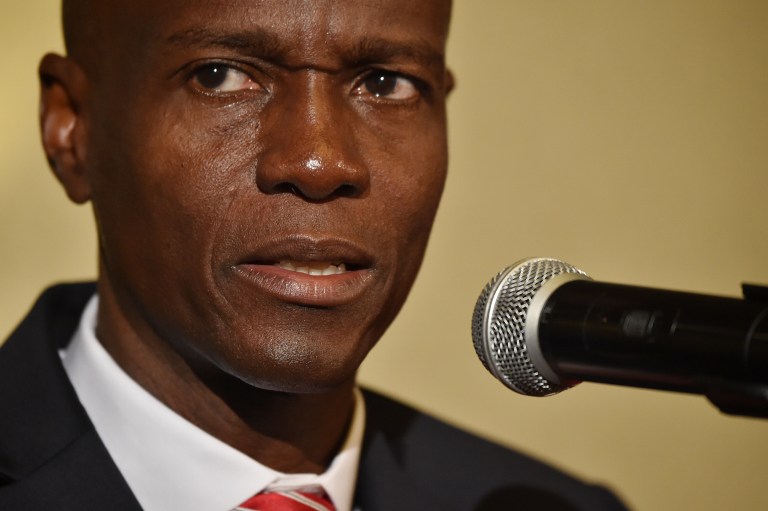 Elected President Jovenel Moise of PHTK political party, gives a speech, in the commune of Petion Ville, in the Haitian capital of Port-au-Prince on January 3, 2017.

PORT-AU-PRINCE - Jovenel Moise won Haiti's presidential elections with 55.6 percent of the first round vote held on November 20, according to official results released Tuesday.

The announcement by Haiti's Provisional Electoral Council puts an end to a protracted electoral process that began in October 2015 and paralysed the Caribbean country's politics for more than a year.

Moise, a 48-year-old political neophyte, is due to take power February 7 to succeed Jocelerme Privert, who will by then have served for nearly a year as interim president after Michel Martelly ended his term without an elected successor.

The October 2015 vote, which had also seen Moise win, was scrapped after an independent commission found massive fraud. There were no major incidents reported in the November ballots.

"There was no massive fraud. However, some 12 percent of official accounts pointed to irregularities that would not affect the process."

Two years ago, Moise was a banana farmer and entrepreneur -- a little-known political novice. But after former president Michel Martelly chose him to represent his party, Moise, now 48, became known by the nickname he loves to chant: "the banana man."

But although he won the vote, Moise lacks strong popular support, with just 21 percent of voters casting their ballots.

Protestors clashed with riot police in subsequent weeks, which Moise denounced, calling on Haitians to turn the page.

"The country can no longer endure this eternal presidential campaign," he said at the time, adding that for his part -- and speaking for his team and members of his party -- "we know we won the election in the first round."

Political instability has long paralyzed the economy of a country that was already the poorest in the Americas.

More than 60 percent of people living in Haiti survive with less than two dollars per day.

Haiti has a debt of more than $2 billion (R27.4billion) and growth is expected to be just one percent in 2017, due to a lack of public and private investment.

Nearly seven years after a devastating earthquake killed more than 200,000 people in January 2010, some 55,000 Haitians are still scraping by in makeshifts camps with extremely poor living conditions, according to the International Organization for Migration.

And hopes of economic recovery were dashed in early October by Hurricane Matthew, which left damage of more than $2 billion in the south of the country.