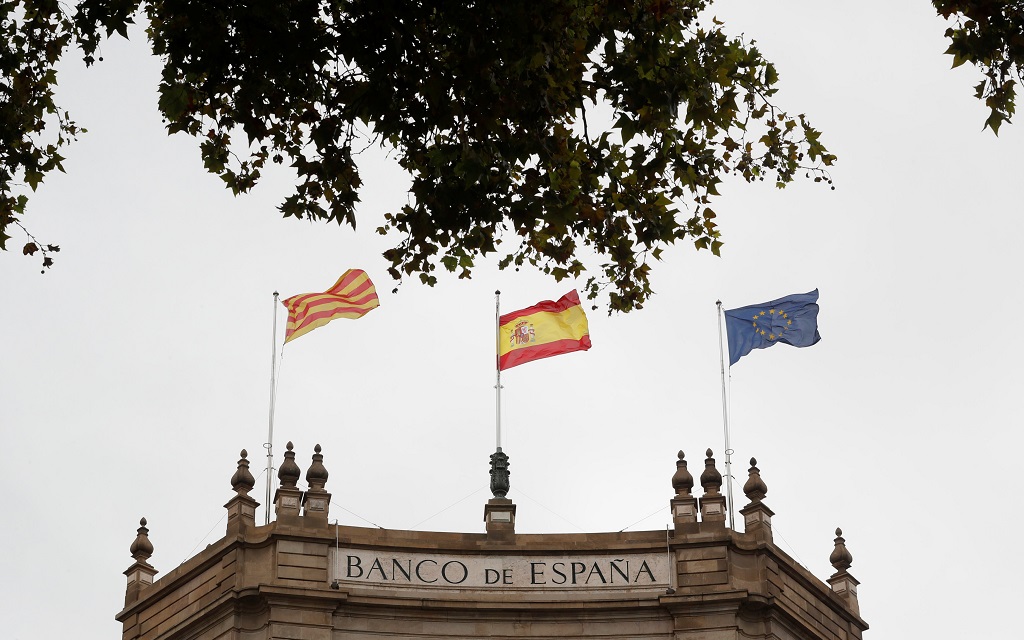 A Catalonian, Spanish and European flag fly on the roof of the Bank of Spain, three days after the banned independence referendum in Barcelona, Spain 4 October 2017

MADRID - A Spanish judge on Thursday ordered eight members of the deposed Catalan government detained pending further probes into their role in the region&39;s tumultuous quest for independence, a Madrid court said.

Another former regional minister, who resigned just before the Catalan parliament declared independence on Friday, was also remanded in custody but will be set free if he pays a bond of 50,000 euros (R817,709).

Among the eight former government members sent to jail without bail is Oriol Junqueras, the deputy of Catalonia&39;s axed leader Carles Puigdemont who is in Belgium and refused to show up in Madrid for a court summons.

Prosecutors are seeking a European arrest warrant against Puigdemont and four other former members of his government who also failed to turn up.