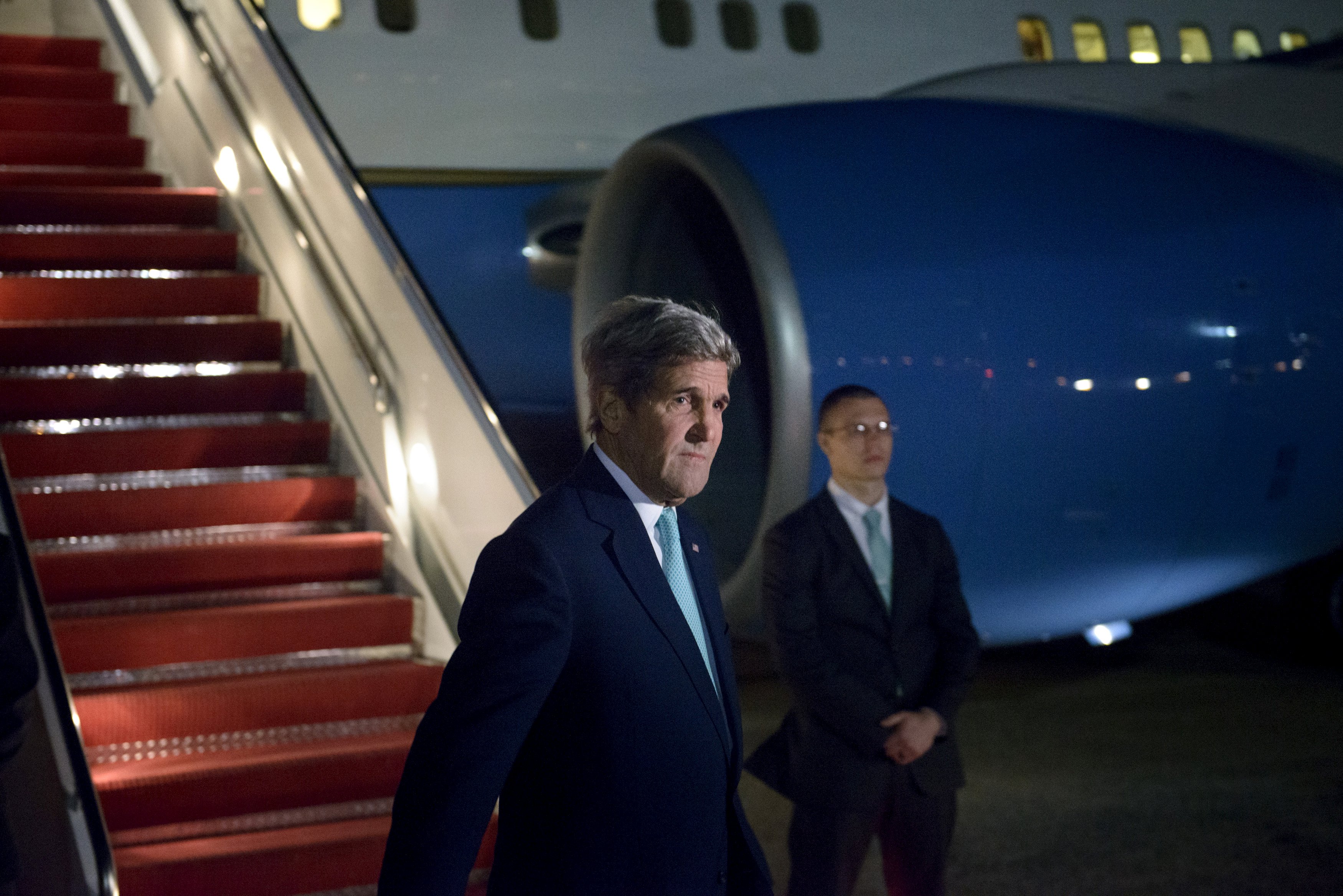 WASHINGTON - U.S. Secretary of State John Kerry told skeptical Republicans and Democrats on Monday that the U.S. Congress should give him another two and a half months to secure a final nuclear deal with Iran.
In a closed briefing with the full House of Representatives, Kerry sought to blunt legislation that would give Congress the opportunity to approve or reject preliminary sanctions relief in an agreement.
He was scheduled to brief the Senate on Tuesday.
"We hope Congress will listen carefully ... but also give us some space so we will be able to complete a very difficult task," Kerry told reporters as he entered the meeting.
The April 2 framework nuclear deal Iran struck with Britain, China, France, Germany, Russia and the United States seeks to limit the Iranian nuclear program in exchange for relief from economic sanctions.
A final deal is due by June 30.
The United States suspects the aim of Iran&39;s nuclear program is to build a bomb.
Tehran maintains it is for peaceful purposes.
In a sign of the nuclear talks&39; importance to President Barack Obama, Kerry was joined by Treasury Secretary Jack Lew and Energy Secretary Ernest Moniz.
Some Democrats are lining up with Republicans and could form a veto-proof majority to support the bill, which Obama says would undermine the delicate final stage of negotiations.
The backing by some of Obama&39;s fellow Democrats illustrates the depth of concern in Washington over a possible nuclear-armed Iran and the view of many lawmakers that they are being shut out of the process to contain it.
"I reserve the right as a member of Congress to vote yes or to vote no," said Democratic Representative Steve Israel, although he said he thought negotiators should be given time.
Kerry&39;s task is to persuade Congress to give him time to negotiate a comprehensive agreement as well as, if possible, temper a bill put forward by Senate Foreign Relations Committee Chairman Bob Corker.
Under Corker&39;s bill Congress would have 60 days to review the agreement, during which the Obama administration would be barred from giving Iran most sanctions relief and members could vote on whether to approve or reject sanctions measures.
Several lawmakers said it will not be easy.
"I&39;m just concerned that the Iranian nuclear infrastructure seems like it will remain in place even though their capacity for it will be slowed," said Representative Charlie Dent, a co-chairman of the "Tuesday Group" of center-right Republicans.
"I think the president wants a deal so badly for his legacy that he&39;s willing to agree to just about anything right now," said Republican Representative Matt Salmon, a member of the House Foreign Affairs Committee, who said Kerry had spoken "condescendingly."
On Tuesday, the Senate Foreign Relations Committee is due to debate amendments and vote on whether to send the Corker bill for consideration by the full Senate.
Lawmakers have introduced about 50 amendments to the bill, with Democrats mostly trying to give negotiators more breathing room and Republicans trying to make it so restrictive that some supporters say it could be impossible to reach a deal.
Obama has promised to veto the bill in its current form.
The panel&39;s leaders were trying to come up with a compromise list of amendments that might be able to prevent a veto or, if Obama goes ahead, win enough Democratic support to override one.