Key points of Britain's plan for post-Brexit ties with EU 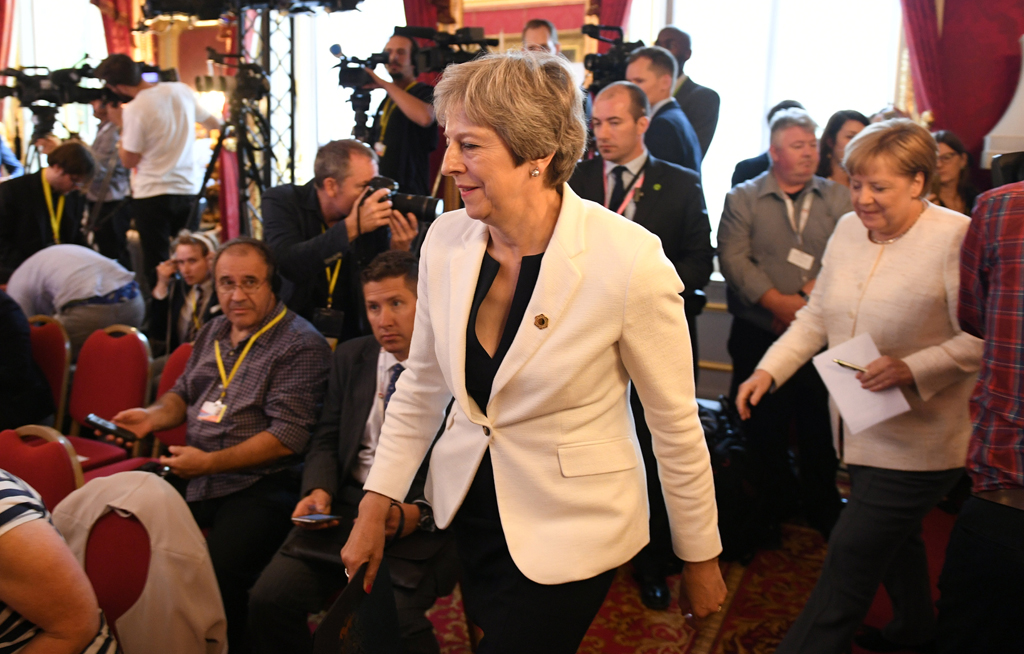 LONDON - Britain set out in detail Thursday its proposals for the future economic and security relationship with the EU after Brexit.

The plan was agreed by Prime Minister Theresa May&39;s cabinet last week - only for two top ministers to quit in protest at its provisions to adopt EU rules on trade in goods.

The plan foresees an overall "association agreement" with the EU encompassing different deals on different areas.

Here are the key points:

Britain and the EU would maintain a "common rulebook" for goods to ensure smooth trade including in agricultural, food and fisheries products.

In eliminating tariffs, quotas and rules of origin requirements, it would protect supply chains that criss-cross the EU and just-in-time processes vital to, for example, the automotive industry.

Britain and the EU would agree on any new rules through joint technical committees, and parliament would reserve the right to reject them while accepting consequences for market access.

Britain believes it can have this free trade area as well as an independent trade policy, where it sets its own tariffs on products from outside the EU.

It would use technology to apply British tariffs to goods intended for Britain, and the EU&39;s tariffs on those intended for the bloc.

This would be phased in but officials insist it can be operational before the end of a post-Brexit transition period planned to last until December 2020.

Around £1.4 trillion ($1.85 billion/1.58 billion euros) of assets are managed in Britain for European clients, the government&39;s "white paper" notes, and the City hosts most of the EU&39;s trading for banks and insurance companies.

Our Brexit deal for Britain respects the will of the British people. And, as Prime Minister, it is the Brexit I am determined to deliver: https://t.co/BDJY56oyxm

The paper concedes that City firms will lose their "passporting" rights to operate freely across the EU, once Britain exits the single market.

But it also says that because of the deep cross-Channel links, "equivalence" is not good enough either.

That refers to special bilateral arrangements already used by financial firms from Wall Street, Japan and China, whereby they agree to meet EU rules to keep access to the common market.

READ: No vote on final Brexit deal: Theresa May

Therefore, it calls for a hybrid arrangement that would adopt equivalence but also recognise "extensive supervisory cooperation and regulatory dialogue" between Britain&39;s financial watchdogs and their EU counterparts.

Catherine McGuinness, policy chairman of the City of London Corporation, called it a "real blow" for the City.

The EU and Britain would establish a political governing body and an official-level technical committee to oversee the deal.

Direct jurisdiction of the European Court of Justice would end, with all disagreements enforced in Britain by British courts, although they would pay "due regard" to EU case law.

Both sides would need to agree on a means of resolving disputes, including through binding independent arbitration.

Britain would end free movement of people from the EU, and parliament would decide on any future immigration plans but would seek reciprocal "mobility arrangements" with the bloc.

It wants to support businesses to move staff between the two territories, allows mobility for students and young people, and allow citizens to travel without visas for tourism and temporary business activity.

Any deal should also include arrangements ensuring that Britons retiring to EU countries have access to their pensions and healthcare.

Britain would legally commit to a common rulebook on state aid rules and establish "cooperative arrangements" on competition.

Both sides would agree to maintain high regulatory standards in areas such as environment and employment.

Britain wants a new treaty allowing it to continue using EU internal security measures such as the European Arrest Warrant and to participate in agencies such as Europol.

It also proposes cooperation on external security, such as sanctions.