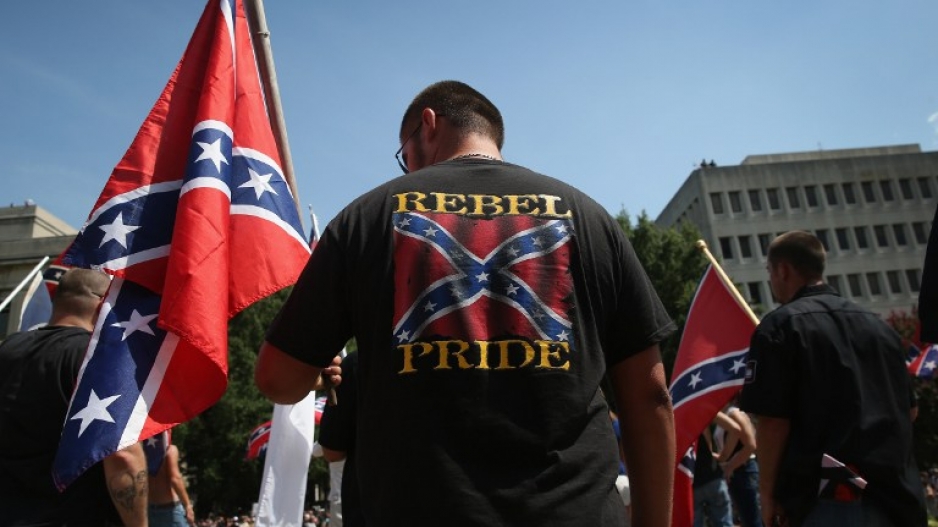 WASHINGTON - Several dozen members of the Ku Klux Klan marched on the South Carolina state house on Saturday to protest its removal of the slavery-era Confederate flag, drawing jeers from counter-protesters, media reports said.
There was a heavy police presence in the state capital Columbia and no major violence was reported, although a few fights did break out, South Carolina newspapers reported.
The Klan members waved the Confederate battle flag as they marched at the steps of the state legislature building, The State newspaper reported.
Some from the white supremacist group waved a flag with a swastika. KKK members chanted and shouted at an onlooking crowd, but made no speeches, the paper said.
People in the crowd yelled obscenities at the Klan members, the paper said. Bottles of water were thrown at the crowd.
As the KKK group headed for a police-guarded parking garage after their rally, counter-protesters followed and several fights broke out, according to The State and another newspaper, The Post and Courier.
Earlier, about 100 people from the Black Educators for Justice group gathered at the legislative building. People waving Confederate Flags wandered into the black rally at one point.
Verbal confrontations ensued, but police intervened quickly and separated the two groups, said the Post and Courier.
The Confederate flag was removed from outside the state house on July 10 amid national outrage over the murder of nine black churchgoers by an alleged white supremacist in Charleston in June.
The flag is regarded by many as a bitter symbol of racism and slavery that has no place in modern America. Some in the southern US defend it as a symbol of their heritage.
The shooter in the Charleston massacre, Dylann Roof, 21, had been photographed before the attack brandishing firearms and the Confederate flag.
Roof has been indicted on nine counts of murder and is due to stand trial next year.