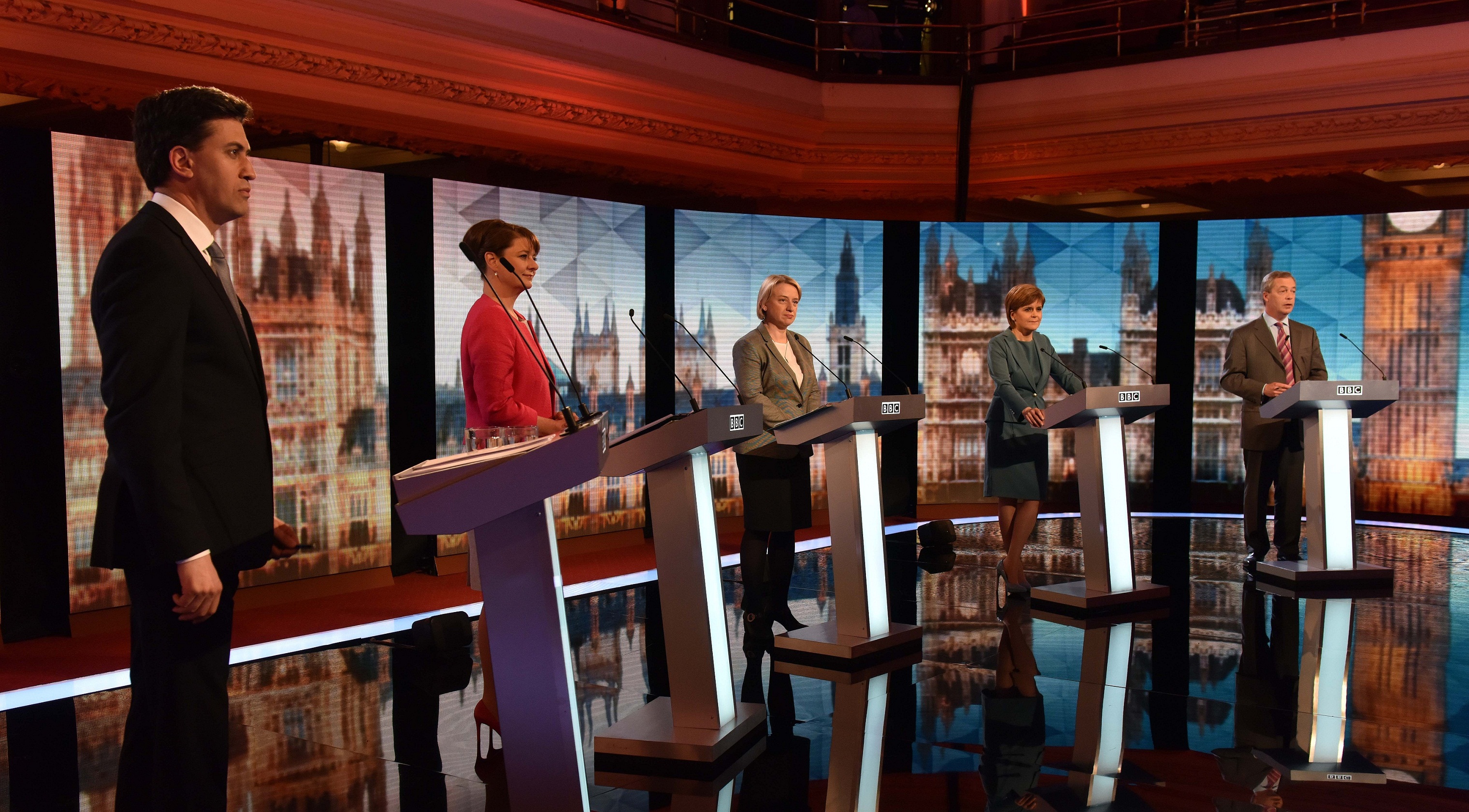 The BBC debate only featured Miliband alongside the leaders of the Scottish and Welsh nationalist parties, the Greens and UKIP.