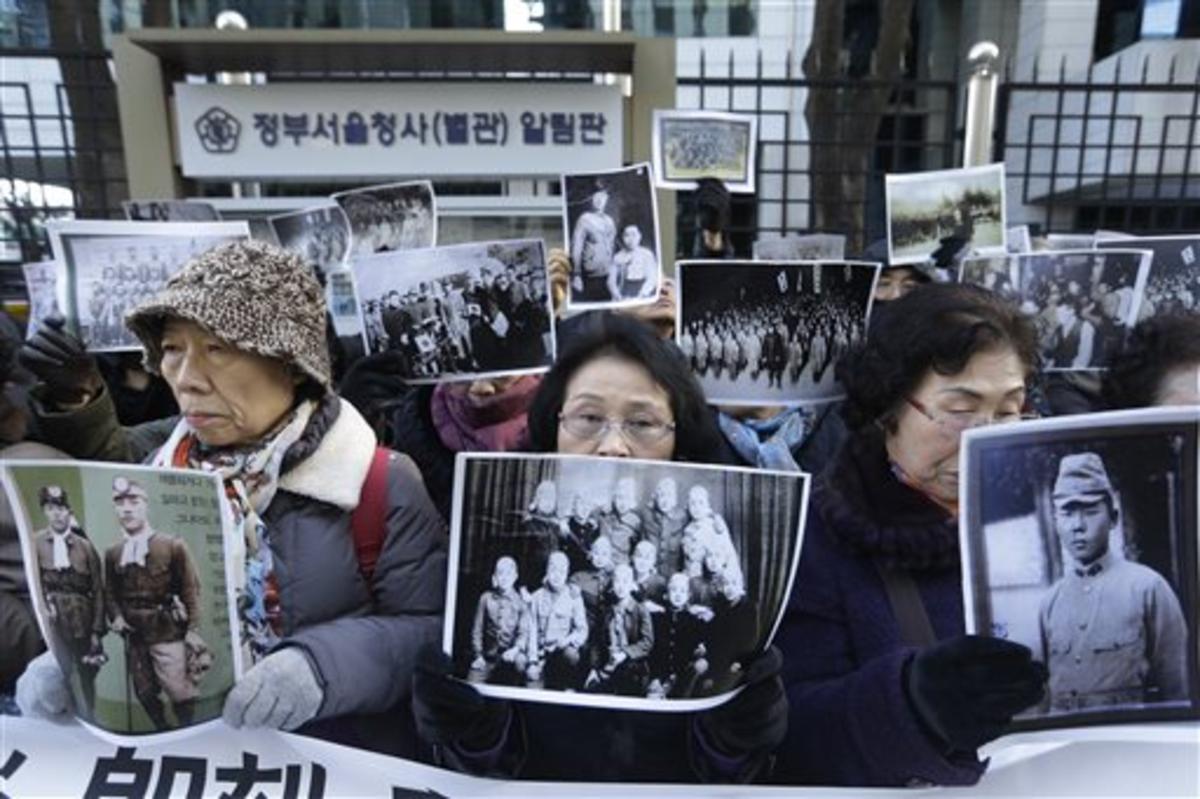 SEOUL -  An apology from Japan’s prime minister and a pledge of more than $8 million sealed a breakthrough deal Monday on a decades-long impasse with South Korea over Korean women forced into Japanese military-run brothels during World War II.

The accord, which aims to resolve the emotional core of South Korea’s grievances with its former colonial overlord, could begin to reverse decades of animosity and mistrust between the two thriving democracies, trade partners and staunch US. allies.

It represents a shift for Tokyo’s conservative government and a new willingness to compromise from previously wary Seoul.

A joint statement from both countries’ foreign ministers said Prime Minister Shinzo Abe “expresses anew his most sincere apologies and remorse to all the women who underwent immeasurable and painful experiences and suffered incurable physical and psychological wounds as comfort women,” their euphemistic name.

It wasn’t immediately clear if Abe would be issuing a separate written statement or if it would be directly delivered to the 46 surviving former Korean sex slaves, now in their 80s and 90s.

Another deciding factor was that the 1 billion yen ($8.3 million) came from the government, not private sources, something Tokyo has been reluctant to provide in the past.

After phoning Park, Abe told reporters that the agreement was based on his commitment to stop younger generations from being obliged to apologise.

“Japan and South Korea are now entering into a new era,” said Abe, adding that he did not want to “pass on the burden on our children, grandchildren and their offspring to keep apologising…. We should not drag this problem into the next generation.”

Many South Koreans feel lingering bitterness over Japan’s brutal colonial occupation of the Korean Peninsula from 1910-1945.

South Korean officials have also faced calls to improve ties with Japan, the world’s No. 3 economy and a regional powerhouse, not least from US. officials eager for a strong united front against a rising China and North Korea’s pursuit of nuclear-armed missiles that could target the American mainland.