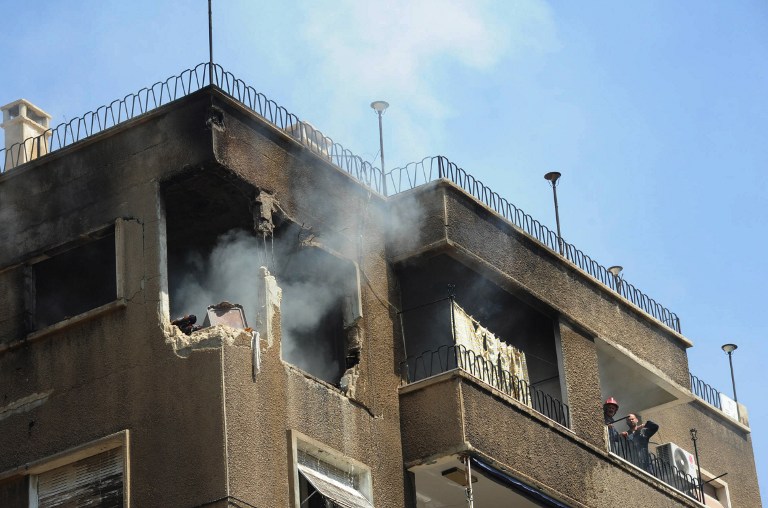 BEIRUT - Nearly 90 rebels were killed near the Syrian capital over the past 48 hours, a watchdog said Monday, as fighting raged ahead of possible foreign military action against the regime.
At least 29 of those killed, among them non-Syrians, died in an army ambush Monday in Adra, northeast of Damascus, the Syrian Observatory for Human Rights said.
The group, which relies on a network of activists, doctors and lawyers on the ground for its information, said security forces were also among those killed and injured, without giving numbers.
State news agency SANA, meanwhile, said an army unit had killed "mostly" members of the Islamist group Al-Nusra Front, which has many foreign recruits.
Adra, an industrial city 35 km rom Damascus, is a key entry point to Eastern Ghouta, an agricultural area where rebels and regime forces have frequently clashed.
Rebel-held Eastern Ghouta was one of the Damascus suburbs targeted in alleged chemical weapons attack on August 21 that caused worldwide outrage and triggered calls for US-led military retaliation against the regime.
The Observatory said another 46 rebels had died on Sunday around the town of Rouhayba, also northeast of the Syrian capital, in air raids and fighting that came when regime forces retaliated for an attack on army positions.
Another 11 rebels died Sunday in different areas near Damascus, it added.
According to the Observatory, more than 110,000 people have been killed since Syria&39;s conflict broke out in March 2011, including at least 40,146 civilians.
Hundreds were reportedly killed in the alleged poison gas attack on August 21 that some Western and Arab countries have blamed on the regime of Syrian President Bashar al-Assad -- a claim it denies.
US President Barack Obama decided on Saturday that he would seek the approval of Congress before launching any military strikes on Syria over the attack.
That pushes back any intervention until next week at the earliest, as lawmakers only come back from summer recess on September 9.
Syria&39;s UN representative Bashar al-Jaafari has asked the United Nations to try to "prevent any aggression" against the regime, insisting that his government has "never used chemical weapons".
But Washington says it has proof Syria used sarin gas and France on Monday was set to provide what it claims is clear evidence that the regime was behind the alleged chemical attack.
*This article has been updated with a higher death toll and to change location from Damascus to Beirut.