Lebanon raids financial offices over transfers to IS 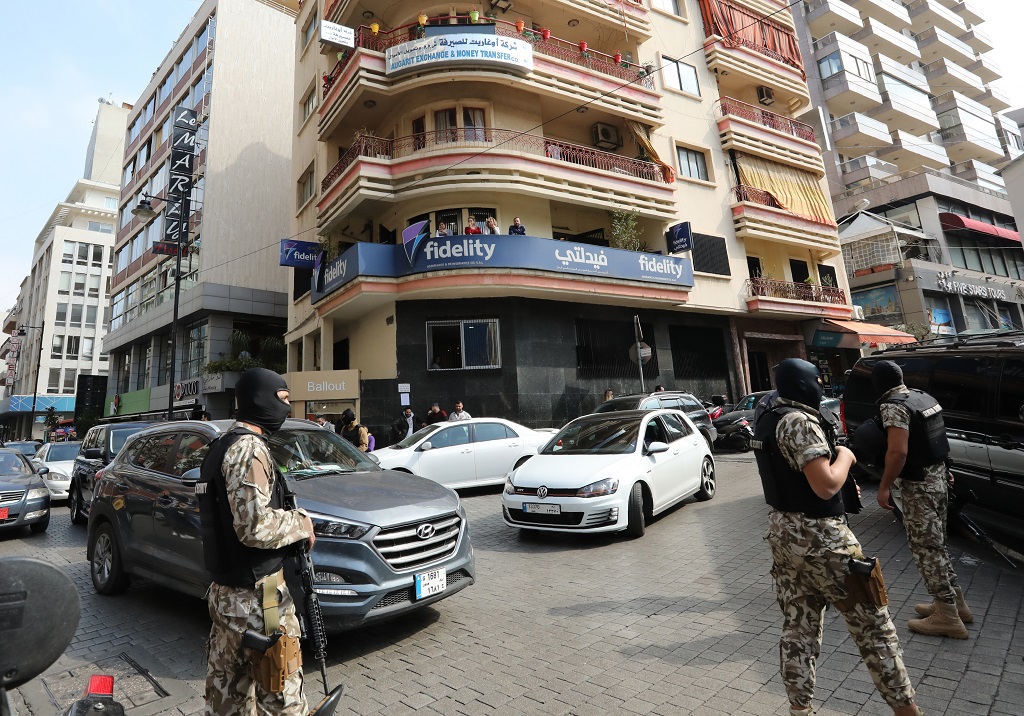 Lebanon's Security Forces carry out raids at banking institutions and financial companies in the commercial Hamra district of Beirut as part of an investigation into cash transfers to the Islamic State (IS) group on March 8, 2017.

The source said the raids started on Tuesday against several institutions "on suspicion they transferred huge sums of money to areas controlled by IS in Raqa and elsewhere", referring to the jihadists' stronghold in Syria.

A number of people had been detained for investigation but were not yet formally under arrest.

"Information is being gathered on the value of the money that was transferred," the source added.

In a statement issued late on Wednesday, Lebanon's general security agency confirmed it had carried out raids across the country and detained "people of Syrian nationality", without giving figures.

It said those detained had admitted "belonging to a terrorist network" and to the transfer of money to "terrorist groups" without specifying which organisations allegedly received the funds.

Lebanese media reported that as much as $20-million (R262-million) had been transferred to the jihadist group, which holds territory in Syria and Iraq, as well as Libya.

But the judicial source dismissed that figure as "exaggerated" while conceding that the suspected sum was nonetheless "huge".

Afterwards, the raided premises were sealed with red wax and a sign posted from the military prosecutor warning against their reopening "under penalty of prosecution".

There was no official word on the number of companies that had been targeted.

Lebanon's central bank imposes strict rules on financial institutions intended to prevent money laundering and terrorism financing, including caps on the amount that can be transferred overseas without additional supporting paperwork.

Lebanon has been heavily affected by the war in neighbouring Syria since it erupted in March 2011.

Security forces have on several occasions arrested suspected IS members, including in February when two men were detained on accusations of planning an attack in central Beirut.