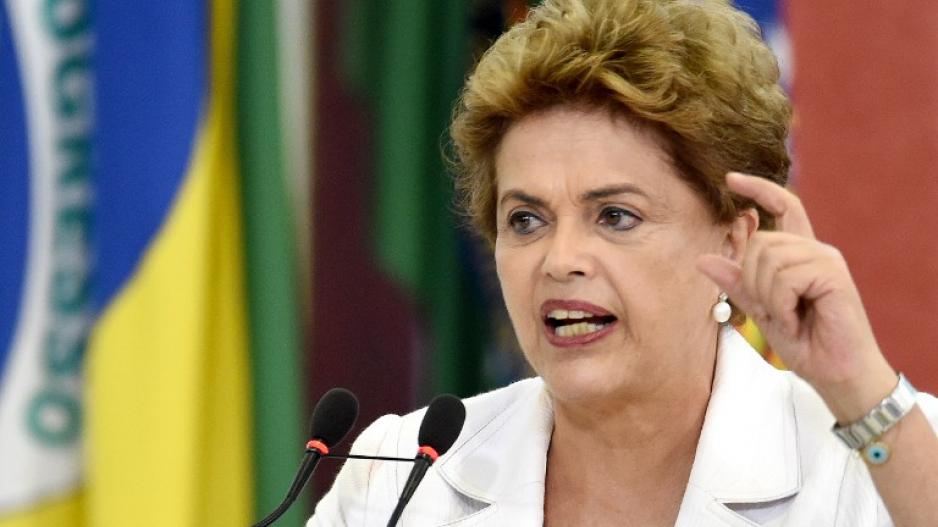 Brazilian President Dilma Rousseff delivers a speech during the launching ceremony of the third phase of the state-subsidized housing program at Planalto Palace in Brasilia on March 30, 2016.

BRASILIA – Brazil&39;s new interim government on Sunday dismissed "lies" from left-wing Latin American leaders who are refusing to recognise its authority and the suspension of President Dilma Rousseff.

The leaders of Venezuela, Cuba, Ecuador, Bolivia, Nicaragua and El Salvador have all come out backing Rousseff and challenging the legitimacy of her ouster that she has described as a "coup".

Brazil’s Rousseff calls her trial a coup. So what crime did she really commit? https://t.co/f9KZHQ4fVt via @prof_jay_z @OhioState

"We emphatically reject the declarations by the governments of Venezuela, Cuba, Bolivia, Ecuador and Nicaragua, as well as the Alba (an alliance of left-wing Latin American and Caribbean nations) that give opinions and spread lies about Brazil&39;s internal political process," said the newly appointed foreign minister, Jos Serra.

The suspension and trial of Rousseff "is provided for under the constitution, in democratic legality", he said in a statement.

Rousseff was suspended from office last Thursday by the Brazilian senate, which is taking up an impeachment trial against her for allegedly fudging government accounts ahead of her 2014 re-election.