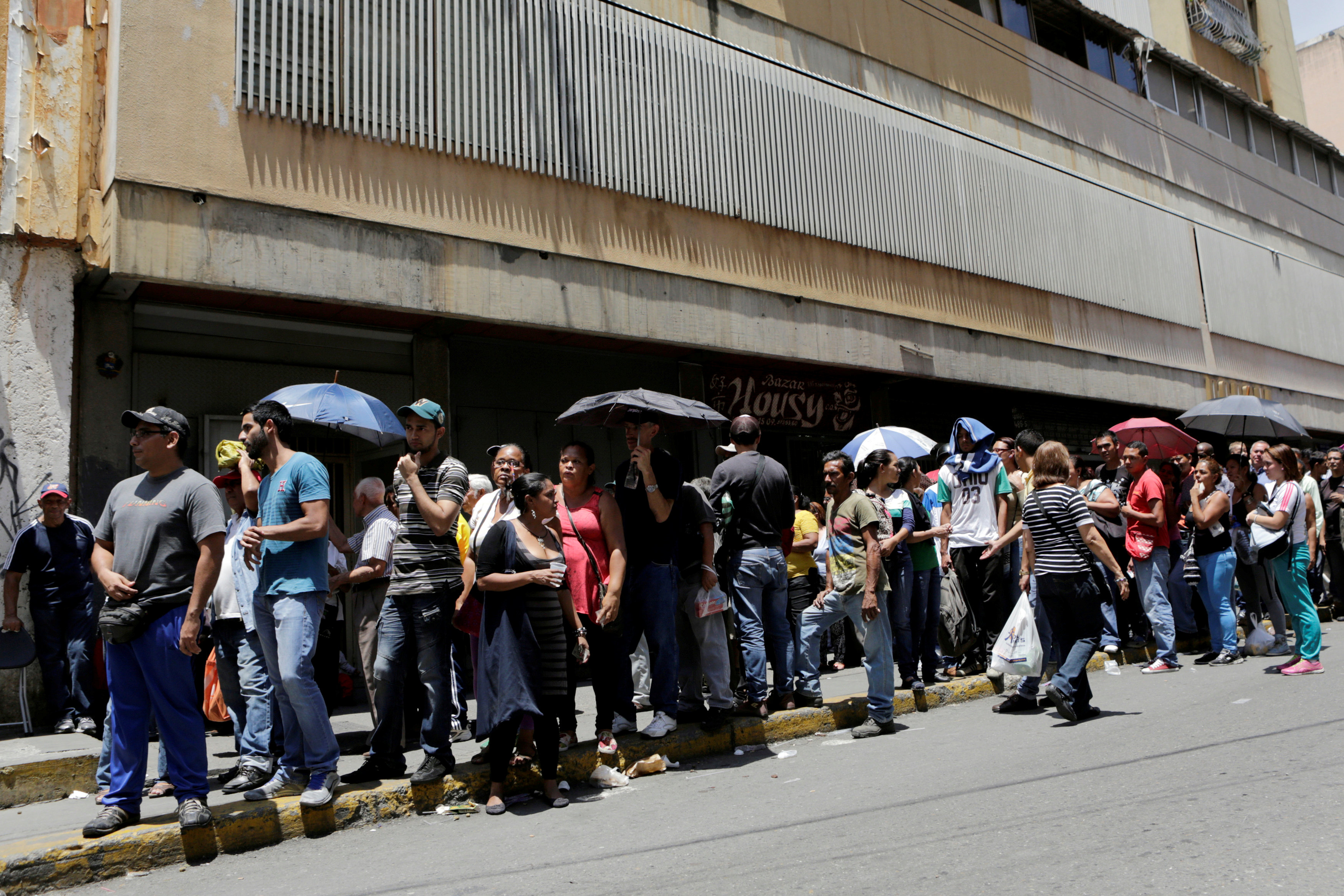 People queue to try to buy basic food items outside a supermarket in Caracas, Venezuela, April 28, 2016.

SAN CRISTOBAL- Mobs in Venezuela have stolen flour, chicken and even underwear this week as looting increases across the crisis-hit OPEC nation where many basic products have run short.

Many people now get up in the dead of night to spend hours in long lines in front of supermarkets. But as more end up empty-handed and black market prices soar, plundering is rising in Venezuela, already one of the world&39;s most violent countries.

There is no official data, but rights group Venezuelan Observatory for Social Conflict reported 107 episodes of looting or attempted looting in the first quarter.

Videos of crowds breaking into shops, swarming onto trucks or fighting over products frequently make the rounds on social media, though footage is often hard to confirm.

In one of the latest incidents, several hundred people looted a truck carrying kitchen rolls, salt and shampoo after it crashed and some of its load tumbled out in volatile Tachira state on Thursday, according to a local official and witnesses.

"There was a big scuffle ... There were shots in the air and they fired tear gas," said witness Manuel Cardenas, 40.

Such scenes are adding to an increasingly dire panorama in the South American oil exporter, where inflation is the highest in the world, the economy has been shrinking since early 2014, and there are frequent power and water cuts.

President Nicolas Maduro blames the crisis on the fall in global oil prices, a drought that has hit hydroelectric power generation and an "economic war" by right-wing businessmen and politicians.

But the opposition say he and his predecessor Hugo Chavez are to blame for disastrous statist economic policies.

They are pushing for a recall referendum this year to remove Maduro, 53, and trigger a new election.

In other looting incidents this week, a group of hooded motor bikers tried, also on Thursday, to steal some 650 sacks of flour as they were being delivered to a deposit in the nearby Andean state of Merida.

Security forces managed to stop the theft, but two National Guards and four policemen were injured in the melee, according to a local security official.

On Wednesday, looters in Merida broke into a state-run supermarket, stealing food, shelves and even doors after learning chicken was being stored there. An underwear store was plundered a day earlier in the same state.

Socialist Party officials have condemned the looters as criminals and smugglers seeking to make a quick buck from re-selling. Maduro has vowed a tough hand against violence and warned his enemies are plotting a "coup" akin to this week&39;s suspension of Brazilian leader Dilma Rousseff.

Critics counter that hunger and desperation are pushing people to theft, and warn the situation will only worsen barring urgent policy changes such as an easing of strict currency and price controls that have crimped imports and production.