A lot of tax avoidance 'is legal, but that's exactly the problem': Obama 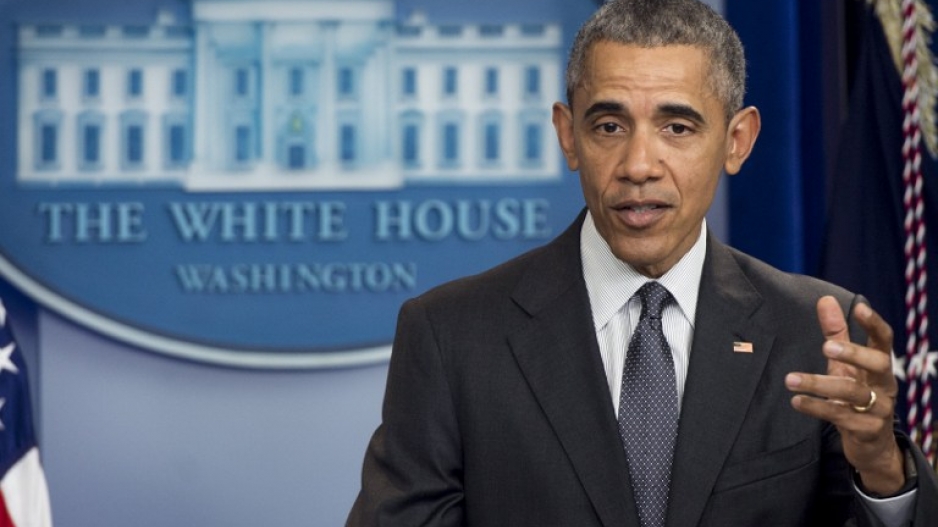 US President Barack Obama speaks about the economy and corporate tax evasion in the Brady Press Briefing Room of the White House in Washington, DC, April 5, 2016.

WASHINGTON - US President Barack Obama said on Tuesday that the revelations that powerful international politicians and businessmen have hidden money in shell companies shows tax avoidance is a global issue.

He said wealthy individuals and corporations are "gaming the system" by making use of tax code loopholes that average taxpayers do not have access to.

He also labelled "insidious" the growing practice of US companies merging with foreign firms just to cut their tax liabilities.

While enjoying the strengths of the US economy -- its workers, rule of law, and infrastructure -- such companies are not "paying their fair share", he said.

"Tax avoidance is a big global problem," Obama said, making reference to documents leaked from a Panama law firm that show thousands of anonymous companies could have been used by wealthy people to hide income.

"It&39;s not unique to other countries because there are people in America who are taking advantage of the same stuff.

Obama took aim at companies exploiting weaknesses in laws to slash legally their US tax obligations, effectively undercutting the US government&39;s income base.

On Monday, the US Treasury tightened rules against "inversion" deals, in which US companies merge with foreign firms to move their official address offshore -- but not their US operations -- to avoid paying US taxes.

Such moves, like a pending $160-billion tie-up between pharmaceutical giants Pfizer and Allergan, exploit loopholes that allow the companies to "get out of paying their fair share of taxes here at home", Obama said.

"They effectively renounce their citizenship. They declare that they&39;re based somewhere else, thereby getting all the rewards of being an American company without fulfilling the responsibilities to pay their taxes the way everybody else is supposed to pay them," he said.

"It sticks the rest of us with the tab. And it makes hard-working Americans feel like the deck is stacked against them."

The president called for Congress to take action on tax code reforms to eliminate loopholes that allow such blatant avoidance.

Tax laws "are so poorly designed that they allow people, if they&39;ve got enough lawyers and enough accountants, to wiggle out of responsibilities," Obama said.

On Monday, the White House issued an update to its still-blocked 2012 business tax reform proposal to Congress, saying reforms are more urgently needed than before given the surge in inversion deals.

Reforms would slow inversions while better supporting investment and hiring inside the US and cutting the costs to businesses of tax compliance, the White House said.

They would also stem the shifting offshore of an estimated $100-billion a year of corporate income to avoid taxes.

"Reform should not only eliminate undesirable incentives; it should also provide incentives to support economic activities that benefit the broader economy," the new outline said.