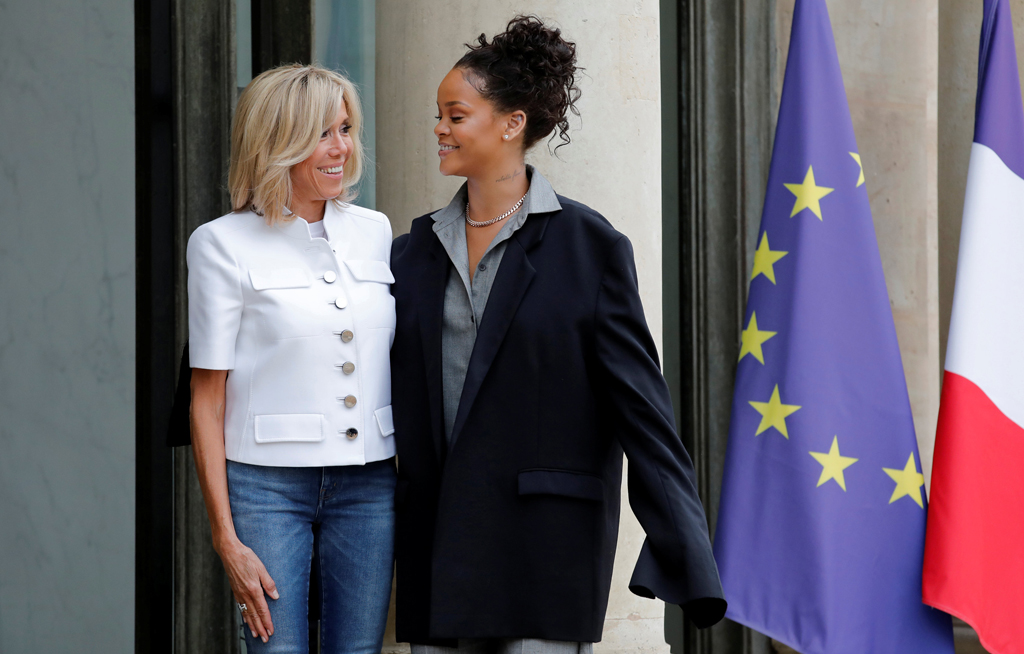 PARIS - France's Emmanuel Macron continued to reach for the stars Wednesday, hosting R&B icon Rihanna for what she called "incredible" talks at the presidential palace in Paris two days after Irish rocker Bono.

Barbados-born Rihanna is an ambassador for the Global Partnership for Education, which is trying to raise $2 billion(R25.81) in annual funding by 2020 towards schooling for children in developing countries.

Committed with @GlblCtzn, @ClaraLionelFdn and @rihanna to #FundEducation. 264M children are out of school : let's take up this challenge! pic.twitter.com/tzvo5EBIPl

Last month the 29-year-old singer challenged Macron on Twitter to commit to the fund, as she has done with other leaders, including Canadian Prime Minister Justin Trudeau.

"I just had the most incredible meeting with the president and the first lady," the songstress said as she emerged from meeting Emmanuel and Brigitte Macron.

"We focused on the topic of education from a global aspect and we'll have a very big announcement in September, during UN week," she added.

"I was so inspired and impressed by his leadership, I think this is the year of Education."

The Barbadian superstar and style maven wore an oversized black jacket and wide grey trousers to her meeting at the Elysee Palace, where she was welcomed by Macron's ex-teacher wife Brigitte.

The meeting comes as Macron, 39, tries to fend off accusations of sacrificing French students with controversial plans to trim a housing subsidy on which many students rely to pay the rent.

On Monday, the centrist who came to power promising to boost France's international standing, hosted U2 frontman and anti-poverty campaigner Bono, 57.

Bono later told reporters he had "never had many conversations quite like that" and praised Macron as a president who was "very open to finding new, innovative ways to solve the problems affecting the world's poor."