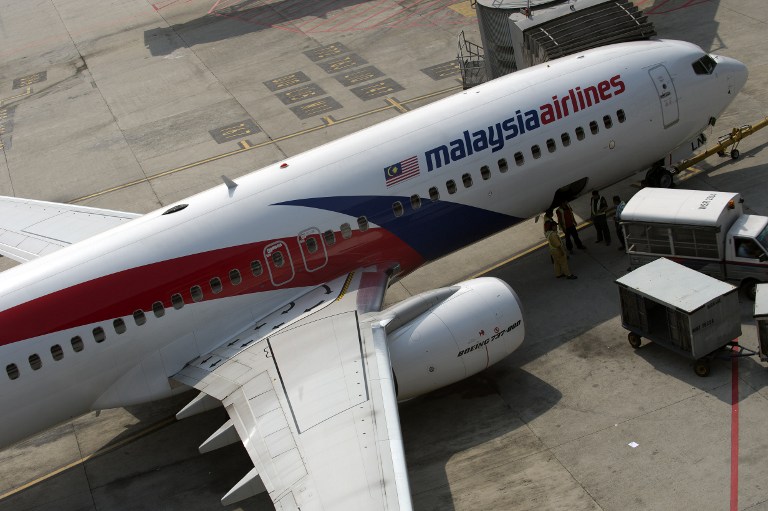 Ground staff prepare a Malaysian Airlines aircraft for take off on the tarmac at Kuala Lumpur International Airport on November 27, 2012.

Editor&39;s note: eNCA&39;s Asia correspondent John Bailey has given us an update on the situation. Watch in the gallery above.

Malaysia Airlines said it was working with authorities who activated their search and rescue teams to locate the aircraft. The route would take the aircraft from Malaysia across to Vietnam and China.

"Our team is currently calling the next-of-kin of passengers and crew. Focus of the airline is to work with the emergency responders and authorities and mobilise its full support," Malaysia Airlines CEO Ahmad Jauhari Yahya said in a statement.

"Our thoughts and prayers are with all affected passengers and crew and their family members," he added.

All countries in the possible flight path of the missing aircraft were performing a "communications and radio search", said John Andrews, deputy chief of the Philippines&39; civil aviation agency.

Fuad Sharuji, Malaysian Airlines&39; vice president of operations control, told CNN that the plane was flying at an altitude of 35,000 feet (10,670 metres) and that the pilots had reported no problem with the aircraft. He said the aircraft&39;s last communication was over the South China Sea between Malaysia and Vietnam.

The plane was carrying 227 passengers, including two infants, and 12 crew members, the airline said. Passengers were from 14 countries, including 153 from China, 38 from Malaysia, seven Australians and four Americans.

At Beijing&39;s airport, authorities posted a notice asking relatives and friends of passengers to gather to a hotel about 15 kilometers (9 miles) from the airport to wait for further information, and provided a shuttle bus service.

Zhai Le was waiting for her friends, a couple who were on their way back to the Chinese capital on the flight. She said she was very concerned because she hadn&39;t been able to reach them.

A woman wept aboard the shuttle bus while saying on a mobile phone, "They want us to go to the hotel. It cannot be good!"

Yahya, the airline CEO, said the 53-year-old pilot, Zaharie Ahmad Shah, has more than 18,000 flying hours and has been flying for Malaysia Airlines since 1981. The first officer, 27-year-old Fariq Hamid, has about 2,800 hours of experience and has flown for the airline since 2007.

Malaysia Airlines&39; last fatal incident was in 1995, when one its planes crashed near the Malaysian city of Tawau, killing 34 people.

Malaysia Airlines has 15 Boeing 777-200 jets in its fleet of about 100 planes. The state-owned carrier last month reported its fourth straight quarterly loss.

The 777 had not had a fatal crash in its 20-year history until the Asiana crash in San Francisco in July 2013. All 16 crew members survived, but three of the 291 passengers, all teenage girls from China, were killed.