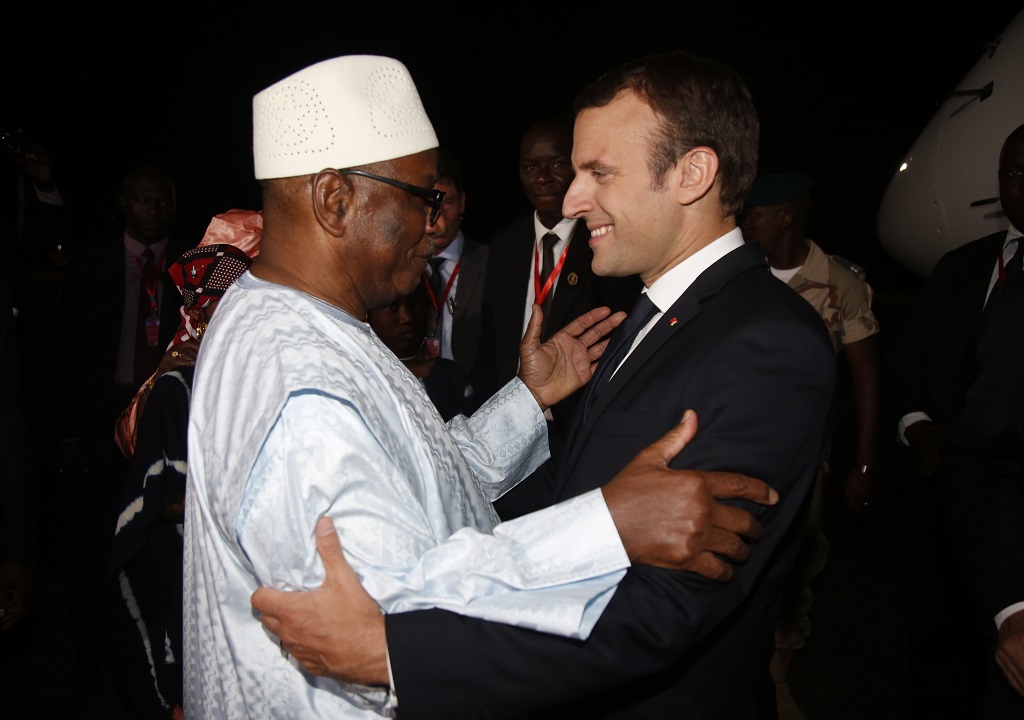 French President Emmanuel Macron (R) is welcomed by Mali's President Ibrahim Boubacar Keita as he arrives at the Modibo Keita international airport in Mali on July 2, 2017.

MALI – Malian President Ibrahim Boubacar Keita on Saturday inaugurated the headquarters for a planned five-nation force to combat jihadists in the Sahel region, officials who attended the ceremony told AFP.

The HQ is located in central Mali at Sevare, about 10 kilometres (six miles) east of Mopti, in a region that has been hit by a wave of terror attacks in recent months.

The five-battalion, 5,000-strong force, decided at a summit in Bamako on July 2, is to comprise troops from Niger, Chad, Mali, Mauritania and Burkina Faso.

It has an annual budget of about $496 million (423 million euros) a year, although so far only about $127 million (108 million euros) has been pledged. The participating countries rank among the poorest nations in the world.

A plan seen by AFP Saturday calls for the first battalion to be operational this month, and in October "cross-border operations will take place in the tri-frontier zone" shared by Mali, Niger and Burkina Faso.

France, which has 4,000 troops serving across the Sahel region with a counter-terror mandate, is a major backer of the initiative.

French President Emmanuel Macron has been pitching for support from other European nations, especially Germany.