Man charged after landing gyrocopter near US Capitol 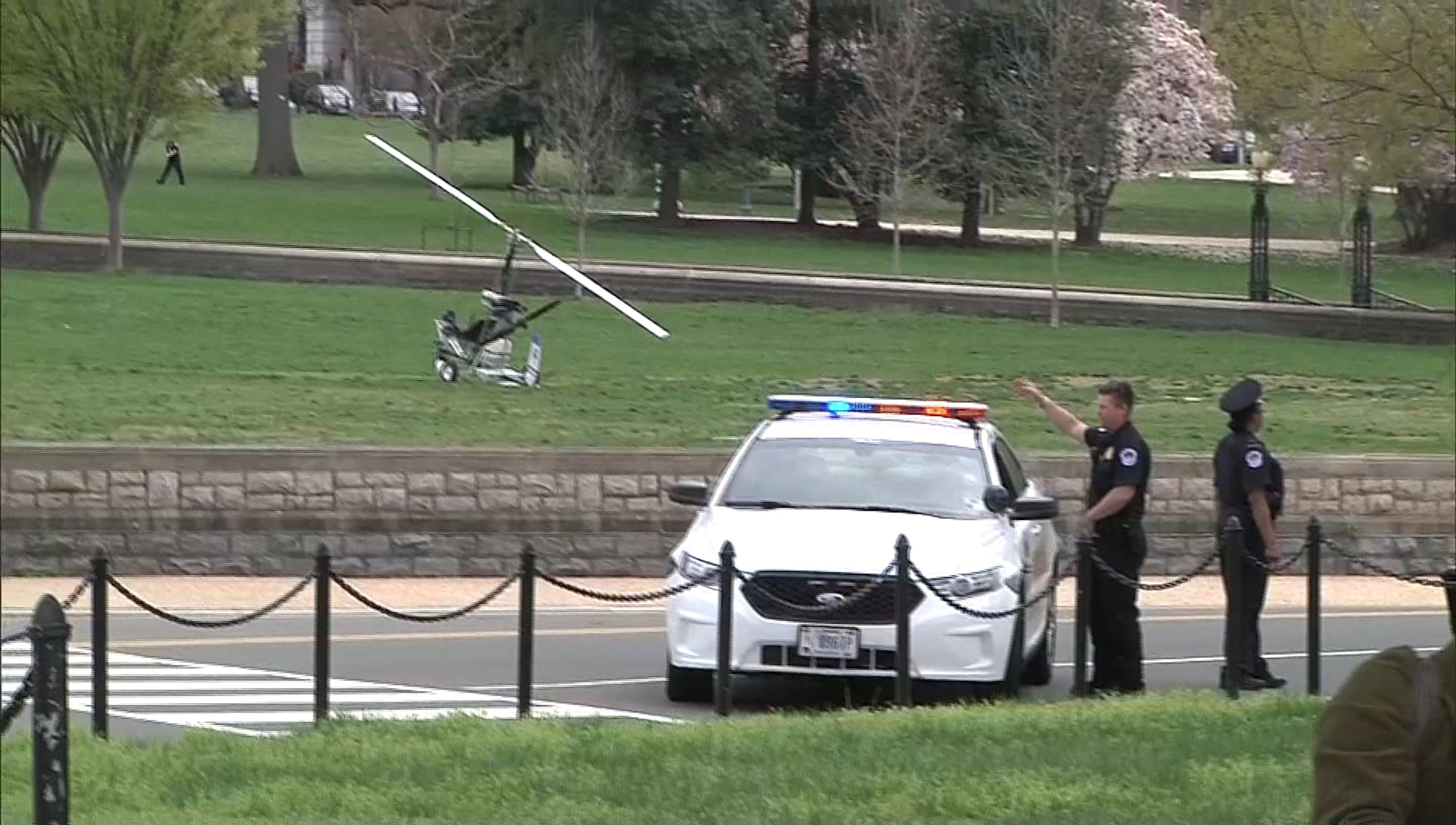 A gyrocopter (L) is pictured in this still image taken from video after it landed on the west lawn of the US Capitol.

WASHINGTON - A Florida man who caused a major security scare after landing a small helicopter on the west lawn of the US Capitol was charged with two criminal offenses on Thursday and then released pending trial.

Douglas Mark Hughes, a US Postal Service mail carrier, faces up to four years in prison on charges of unlawfully operating an unregistered aircraft and violating national defense airspace.

Hughes was arrested on Wednesday afternoon after he flew his "gyrocopter" over Washington and landed on the Capitol grounds.

Aircraft are banned from flying in the area of the Capitol and the White House without permission.

At the hearing in the US District Court for the District of Columbia, Hughes was still dressed in his blue postal service jacket and used hearing aid headphones.

He spoke only to confirm his name and accept the conditions of his release.

Hughes told the Tampa Bay Times before his trip that he planned to deliver letters to members of Congress to draw attention to the need for campaign finance reform.

Police temporarily closed streets near the Capitol while they investigated and removed the aircraft, which resembled a small open-air helicopter with a single rotor on top.

Magistrate Judge Deborah Robinson said Hughes, of Ruskin, Florida, was free to return to his home state but once there would be subject to home detention.

He also is barred from operating any aircraft and must stay away from the US Capitol and White House areas in Washington, surrender his expired passport, and report once a week to a pretrial office in Tampa.

The US government did not oppose his release. Tony Miles, a federal public defender who represented Hughes in court, did not immediately respond to a request for comment.

Hughes is due back in Washington for a preliminary hearing on May 8.

White House spokesman Josh Earnest suggested on Thursday that, in light on the incident, the Secret Service and others would reevaluate procedures.

However, Hughes had "not indicated the desire to harm anybody," Earnest added. "The intent of the individual is relevant."