Man pulled alive from rubble around 80 hours after Nepal quake 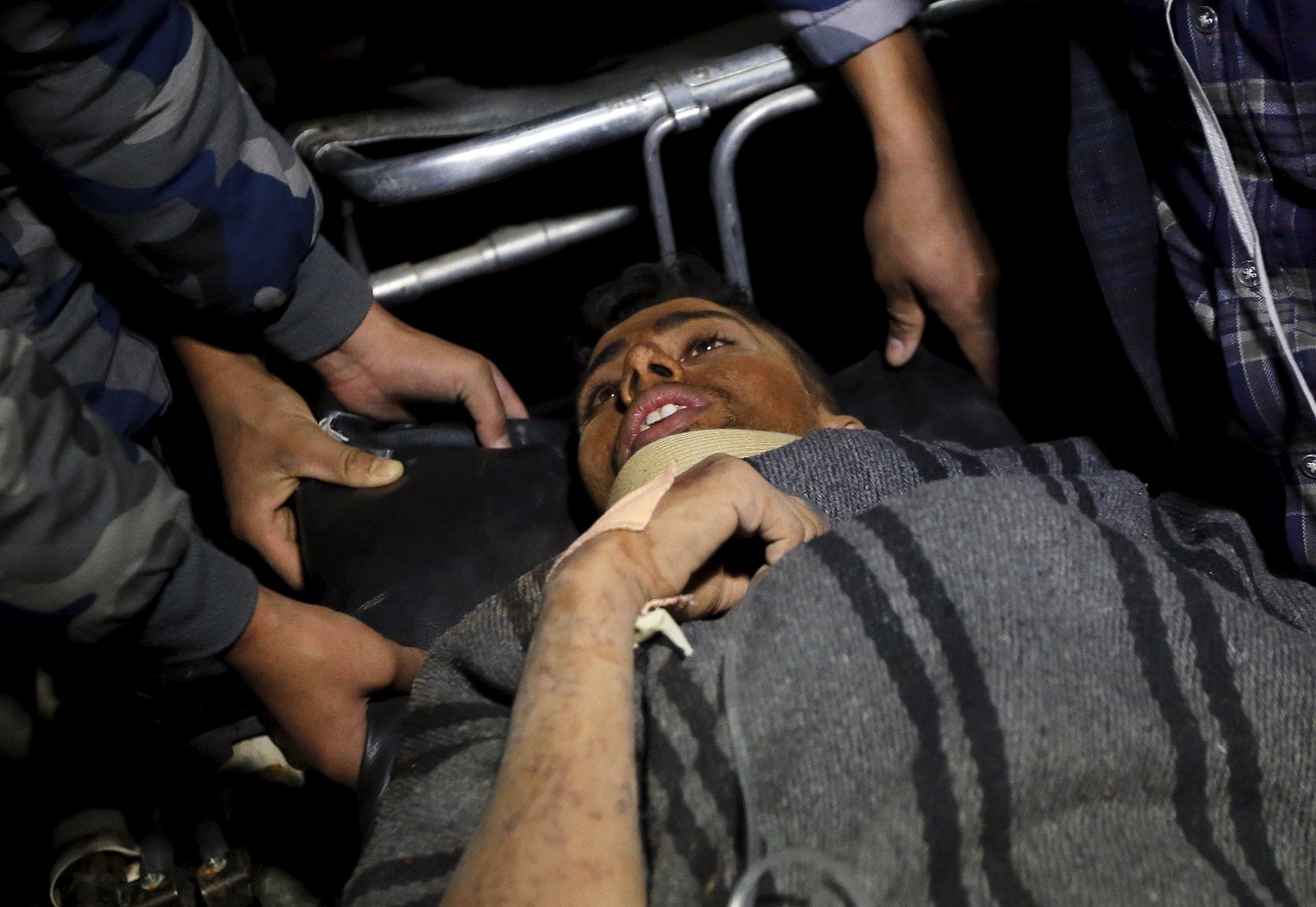 Nepal police personnel carry Rishi Khanal, 27, an earthquake survivor who was rescued by the French rescue team, on a stretcher at a hospital in Kathmandu, Nepal April 28, 2015.

KATHMANDU - A Nepali-French search and rescue team pulled a 28-year-old man, Rishi Khanal, from a collapsed apartment block in the Nepalese capital of Kathmandu on Tuesday after he had spent around 80 hours in a room with three dead bodies.

Khanal appeared to have had no access to food or water during his ordeal, which began at midday on Saturday when a 7.9 magnitude earthquake hit Nepal, destroying buildings and killing at least 4,600 people.

"It seems he survived by sheer willpower," said Akhilesh Shrestha, a doctor who treated him.

Khanal had been on the second floor of a seven-storey building when the quake struck.

The top floors were intact and the teams drilled down to him after he shouted for help and responded to questions in Nepali.

The rescue took five hours. Doctors think he may have a broken leg.