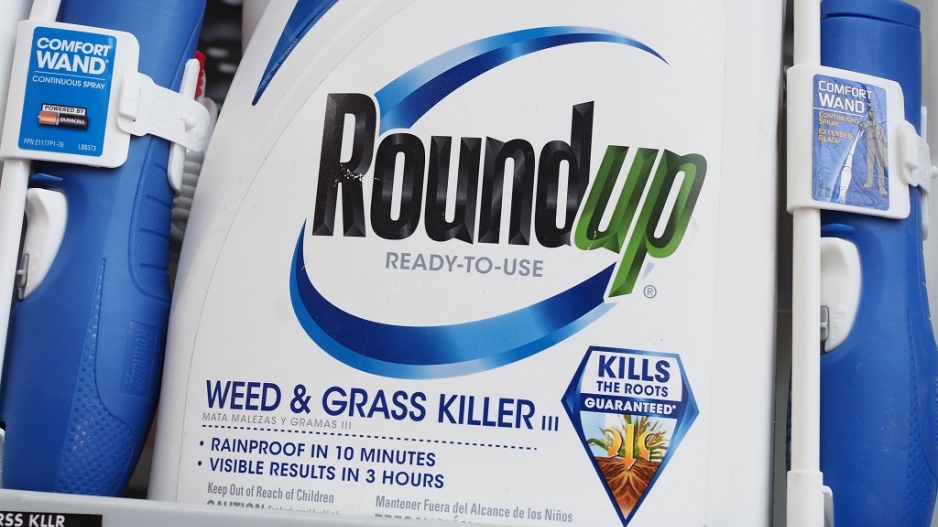 A former groundskeeper who contracted terminal cancer after years of working with Roundup, a herbicide which Monsanto claims to be safe, is suing the company.

SAN FRANCISCO - In the first trial of its kind, a Californian dying of cancer is suing US agrochemical giant Monsanto, claiming its popular herbicide Roundup caused his disease.

The stakes are high for Monsanto, which could face massive losses should it have to pay out damages over the product, whose main ingredient is glyphosate, a substance some say is dangerously carcinogenic.

Dewayne Johnson, a 46-year-old father of two, says he is sick because of contact with Roundup, which he used for two years from 2012 as a groundskeeper for the Benicia school district near San Francisco, his lawyer Timothy Litzenburg told AFP.

A California man dying of cancer just appeared in court, claiming a popular weed killer made him sick. Dewayne Johnson is suing Monsanto, the maker of Roundup. He blames his 2014 cancer diagnosis on Roundup’s active ingredient, glyphosate: pic.twitter.com/m0J2JctGm8

Thousands of lawsuits targeting Monsanto are currently proceeding through the US court system, according to American media.

Litzenburg says he represents hundreds of people who also say they are victims of glyphosate.

Whether the substance causes cancer has been the source of endless debate among government regulators, health experts and lawyers.

READ: Monsanto under fire for its latest GMO seeds

"A major part of that job was spraying Roundup or Ranger Pro (a similar Monsanto product)... He sprayed it 20 to 40 times per year, sometimes hundreds of gallons at a time on the school properties," Litzenburg said.

In 2014, Johnson was diagnosed with non-Hodgkin lymphoma, a cancer that affects white blood cells. Two years later, and no longer able to work, he filed a suit against Monsanto, which he accuses of hiding its product&39;s dangers.

"His case has been expedited because he currently has only a few months to live," his lawyer said.

On Monday, US television footage showed Johnson in court for pre-trial proceedings, visibly weakened and his skin marked by numerous lesions.

Opening arguments in the case are expected to begin in the middle of next week, after a series of technical hearings and jury selection, according to both parties interviewed by AFP.

The International Agency for Research on Cancer -- a World Health Organisation body -- has classified glyphosate, which is widely used around the world, as "probably carcinogenic".

The European food safety and chemicals agencies have so far not followed suit. A US Department of Health study has suggested its toxicity is limited.

Monsanto, which was recently bought by Germany&39;s Bayer, has always denied any link between disease and glyphosate, a substance classified as carcinogenic in the state of California.

"More than 800 scientific studies, the US EPA (Environmental Protection Agency), the National Institutes of Health and regulators around the world have concluded that glyphosate is safe for use and does not cause cancer," the group said in a statement.

"We have empathy for anyone suffering from cancer, but the scientific evidence clearly shows that glyphosate was not the cause. We look forward to presenting this evidence to the court."

Johnson&39;s defense has not yet set the damages it intends to seek from Monsanto, also known for its highly controversial genetically modified seeds.

"The only thing, as civil attorneys, that we can do is to take money from Monsanto and give it to Mr Johnson," said Litzenburg.

"The far more interesting part is non-economic damages, the pain and suffering and the mental anguish of being cut off from watching your sons grow up and all that kind of stuff. I mean, how do you put a price tag on that?"

Californian law allows for an expedited procedure when a party is facing imminent death, and Johnson&39;s is the first targeting Roundup to use that law and reach trial.

"If Johnson is successful at trial, it will be a huge shakeup for the entire pesticide industry."