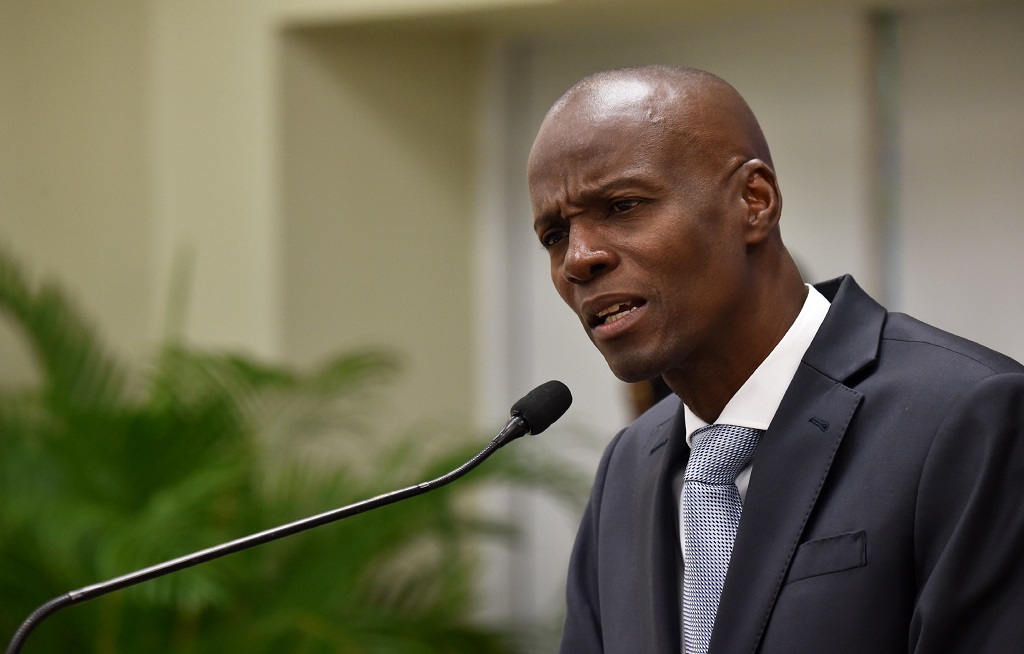 Haitian President Jovenel Moise speaks on March 13, 2017 in Port-au-Prince offering condolences to the families of victims in the road accident that took the lives of 38 persons the previous day in Gonaives.

HAITI – Thousands took to the streets of Haiti's capital Wednesday to demand President Jovenel Moise step down following the publication of a national budget viewed as unfavorable to the country's poor.

"We do not agree with what Jovenel does: he is crushing the country," said Jean-David Senat, among a throng of demonstrators stretching down a main avenue.

#Haiti's president remote managing the crisis in his country tonight from his NY hotel. pic.twitter.com/csnhAgz2G7

Since it was released in July, opposition lawmakers have decried the budget for fiscal year 2017-2018, saying it would balloon the debt of the poorest country in the western hemisphere.

Protesters directed their anger toward senators who voted for the 2017-2018 budget last week and the deputies who approved it Saturday.

I met with President Moise to discuss the economic challenges facing #Haiti and how the IMF can help. https://t.co/wb4jPD9kCs pic.twitter.com/BZw16MThNE

Despite popular opposition, the government published the document in the official gazette late Tuesday.

The lack of dialog has infuriated demonstrators.

That the president "published the budget is a provocation to the Haitian people and to us the political leaders," said Moise Jean-Charles, an opposition leader who spearheaded the demonstration.

"The people will decide his fate," he said.

"An alternative is being prepared," Jean-Charles said. "This time we take our fate in our hands."

"No one will be able to divert our movement to satisfy the bourgeoisie."

The Haitian leader left the country Sunday to attend the UN General Assembly in New York and was due to deliver his speech Thursday and return to Haiti the following day.

New anti-government demonstrations are already planned for Thursday and Friday in the capital.