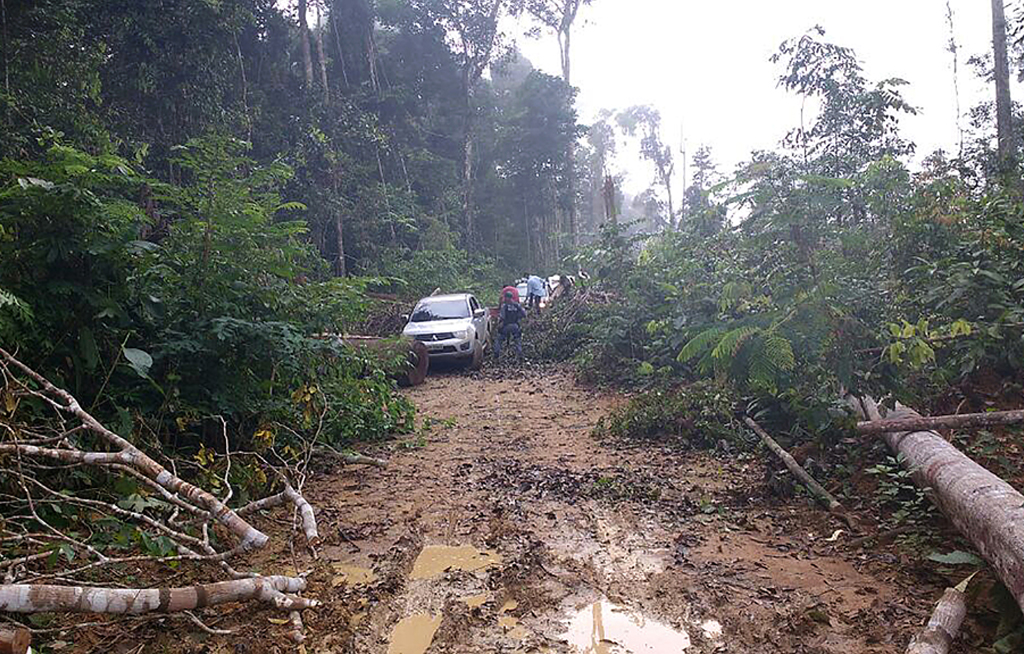 Picture released by O Popular de Colniza MT and taken April 21, 2017 in Gleba Taquarucu do Norte, near Colniza in the Brazilian state of Mato Grosso where at least 9 people were killed in an apparent land dispute.

RIO DE JANIERO - The nine men were lowered into the reddish earth they once sweated over, but the burial of their mutilated bodies didn't lay to rest a brutal power struggle in Brazil's agricultural heartland.

The massacre of poor farmers would be a major scandal in many countries. In Brazil, where approximately 60,000 murders are committed every year, the killings last week caused little uproar.

Partly that's because they occurred in a remote area of western Brazil, a settlement called Gleba Taquarucu do Norte.

There are no proper roads and no cellphone signal. When the first reports emerged of mass killings on April 20, police had to make an arduous journey from the town of Colniza.

Journalists, even the well financed and usually omnipresent Globo television network, had an even harder time getting to the location.

The few who did arrive discovered a horrifying scene.

In photographs taken by a journalist from the local news outlet O Popular de Colniza and shared with AFP, the victims are seen scattered around the settlement -- all shot or stabbed to death, according to police.

Two burly, shirtless men lie sprawled in grass. Another lies face down on a wooden floor, a machete protruding from the back of his neck.

Another, his blue shirt drenched in blood, has had his hands tied behind his back. Another is slumped next to a motorcycle, as if slain while trying to escape.

Video of the funerals shows the coffins arriving on a truck, before being lowered into graves on ropes in front of a large crowd.

Five days on, the police have not announced any leads, let alone arrests, and the subject has largely disappeared from Brazilian news broadcasts.

The biggest reason for this, say critics, is darker than mere problems of distance and communications.

The area in Mato Grosso state is at the heart of Brazilian agriculture, a hugely lucrative industry that for years has been plagued by land grabs, illegal logging and environmentally destructive policies.

Protected by political influence and brute force, bigger operators can be a law unto themselves in far-flung regions.

Although seemingly innocuous, they'd been getting in the way of richer farmers and loggers for years -- and regularly suffering the ultimate penalty.

According to the Pastoral Land Commission, which is linked to the Roman Catholic church, and acts on behalf of the rural poor, 61 people were killed in land conflicts in Brazil last year, the highest number since 2003.

"The massacre was carried out in the most unimaginably cruel way," the Pastorais do Campo, an organization of missionaries and other religious groups, said Tuesday. But "it was not an isolated incident."

The Pastorais do Campo said the latest killings were rooted in the 2004 expulsion of 185 families from the lands they were farming.

The pressure in the area has continued ever since, with murders, torture and illegal imprisonment, but hundreds of people continued to try and settle in the disputed lands.

"They are in conflict with the interests of other people who want these little pieces of land to boost their power, to boost their output which is nearly always a question of logging hardwood from the forest and afterward planting soy for export," he said.

"Most of the time the crimes are not investigated. People are not held responsible for the crimes that they commit and the impunity makes them feel free to keep doing these types of things."