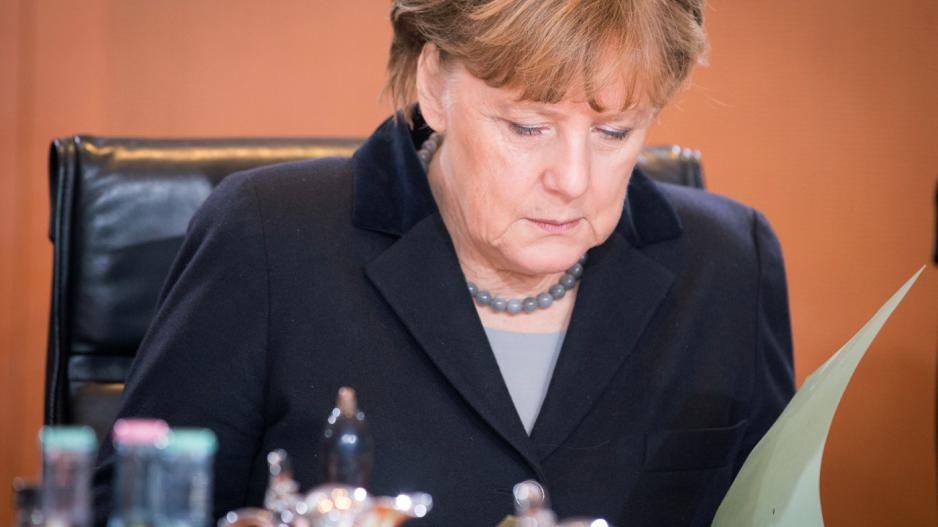 German Chancellor Angela Merkel attends a cabinet meeting in the Federal Chancellery in Berlin on January 13, 2016.

BERLIN- German Chancellor Angela Merkel pledged Monday that there would be no repeat of last year&39;s "chaotic" border opening to refugees, after a stinging loss for her party in Berlin elections.

Even as she defended the "political and ethical" decision to let in one million asylum seekers in 2015 in the face of a potential humanitarian catastrophe, Merkel admitted mistakes that she would avoid in future.

"If I could, I would turn back time many, many years to better prepare myself, the federal government and all those in positions of responsibility for the situation we were rather unprepared for in the late summer of 2015," Merkel said.

Merkel, who has been in office since 2005, was speaking to reporters after a dismal showing for her conservative Christian Democrats in Berlin state elections Sunday, two weeks after a drubbing for the party in another regional poll.

In an unusually frank opening statement, Merkel said the errors included a long-standing refusal to accept Germany&39;s transformation in the postwar decades into a multicultural society.

"We weren&39;t exactly the world champions in integration before the refugee influx," she wryly admitted, noting that the infrastructure for getting newcomers into language and job training had had to be ramped up overnight.

In the Berlin election, the right-wing populist Alternative for Germany (AfD) harnessed a wave of anger over the refugee influx to claim around 14 percent of the vote.

Merkel&39;s CDU slumped to just 18 percent -- its worst post-war result in the city -- likely spelling the end of its term as junior coalition partner to the Social Democrats (SPD), who won just under 22 percent.

She acknowledged that her "We can do this" rallying cry during the refugee crisis had become a provocation to many who felt it expressed a glibness about the challenges ahead and said she would now refrain from using it.

But she continued to resist calls from within her conservative bloc to set a formal upper limit for the number of asylum seekers admitted to Germany.

And she struck an optimistic note about the ability of Europe&39;s top economic power to eventually integrate tens of thousands of refugees who stay in Germany, including many from war-ravaged Syria.

"I am absolutely certain that we will emerge from this admittedly complicated phase better than we went into it," she said.