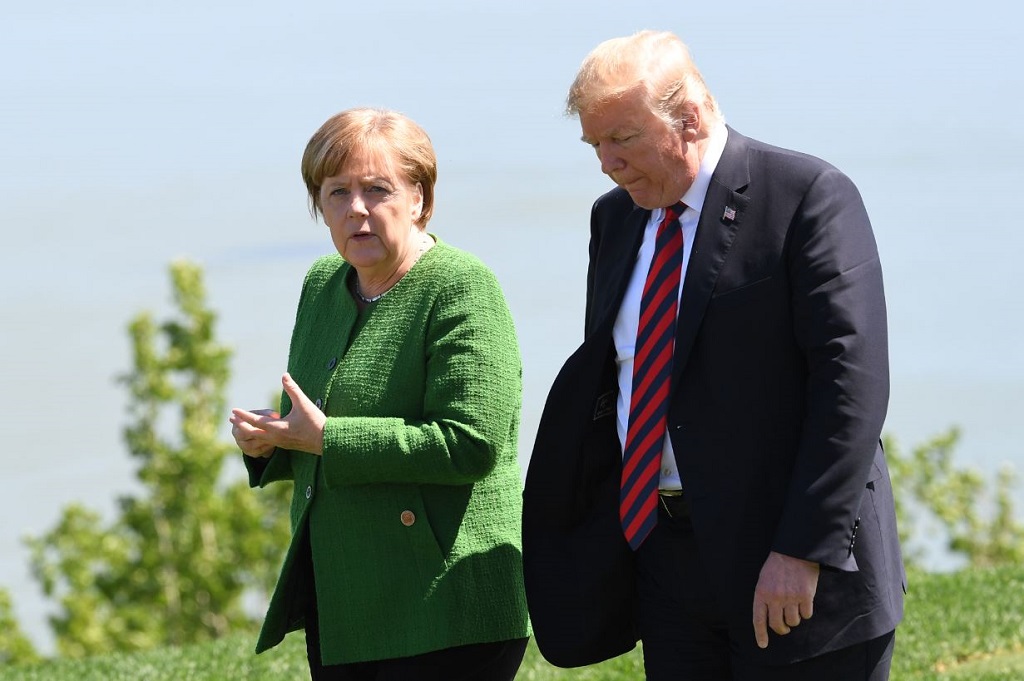 German Chancellor Angela Merkel and US President Donald Trump speaks after a family photo during the G7 Summit in in La Malbaie, Quebec, Canada, June 8, 2018.

BERLIN - German Chancellor Angela Merkel on Wednesday warned US President Donald Trump against unleashing an all-out trade war after he threatened to impose steep tariffs on cars from the European Union.

Both sides were already locked in a "trade conflict" since Trump&39;s decision to slap punitive tariffs on steel and aluminium imports, said Merkel, adding that "it is worthwhile to prevent this conflict from becoming a real war".

READ: US senators in Russia ahead of Putin-Trump summit

Trump on Sunday charged that Europe is "possibly as bad as China" on trade, as he reiterated that he is mulling import taxes of 20 percent on EU cars.

The EU has slapped tariffs on iconic US products including bourbon, jeans and Harley-Davidson motorcycles, as a symbolic tit-for-tat response to the metals duties.

Taking aim at Trump over his complaint that the EU, and in particular Germany, is running a massive trade surplus against the US, Merkel said that his calculation is skewed as it is based only on goods, not services.

"If you include services like the digital services, then you have a completely different trade balance sheet with the US showing a surplus against the EU," she noted.

"It is almost old-fashioned to only calculate goods and not include services," Merkel told parliament.

Merkel had previously voiced her backing for a "digital tax" that would target multinationals like Amazon, Facebook or Google, which have come under fire for shifting earnings around Europe in order to pay lower taxes.

But the EU is divided over the proposal, as countries including Luxembourg and Ireland are loath to see US tech giants head for the exit.