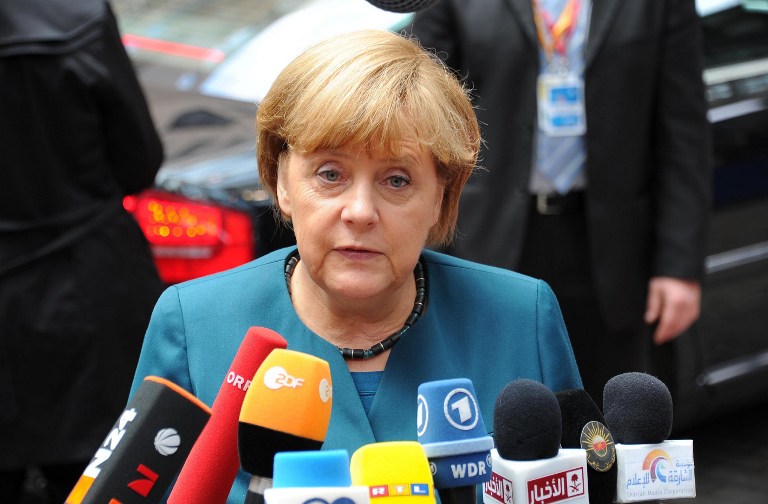 ermany Chancellor Angela Merkel speaks to press members as she arrives for European Heads of State summit in Brussels, Belgium, on May 22, 2013

BERLIN - Chancellor Angela Merkel&39;s conservatives stepped up the pressure on their Social Democrat (SPD) coalition partners on Wednesday, amid a deepening government crisis stemming from a child pornography scandal.

The crisis was triggered by allegations that former SPD lawmaker Sebastian Edathy may have been tipped off that he was a suspect in an international child pornography investigation.

"I assume that Mr Edathy was warned," said Wolfgang Bosbach, the CDU chairman of the committee tasked with conducting an inquiry into the affair, which has already resulted in the resignation of a cabinet minister.

Horst Seehofer, head of the Christian Social Union (CSU) -- the Bavarian associate party of Merkel&39;s Christian Democrats -- demanded a full explanation from the SPD and refused to rule out further resignations.

"Every appearance of deception should be avoided, especially by a coalition with such a large (parliamentary) majority," Seehofer said.

"The (SPD&39;s) explanation must be comprehensive - if necessary with possible personal consequences."

Edathy resigned from parliament earlier this month citing health reasons. A few days later his private residences and offices were raided by police.

German criminal police chief (BKA) Joerg Ziercke confirmed that his office had been tipped off by the Canadian authorities that Edathy was among 800 Germans to buy pornographic images of children from a company based in Canada.

After Friedrich&39;s tip-off, Gabriel went on to inform the remaining SPD leadership about the Edathy investigation. This triggered claims by the CSU of a breach of trust on the part of the SPD, plunging Merkel&39;s two-month old coalition into crisis.

A special meeting between Merkel, Gabriel and Seehofer ended late Tuesday without the leaders making any public statements.