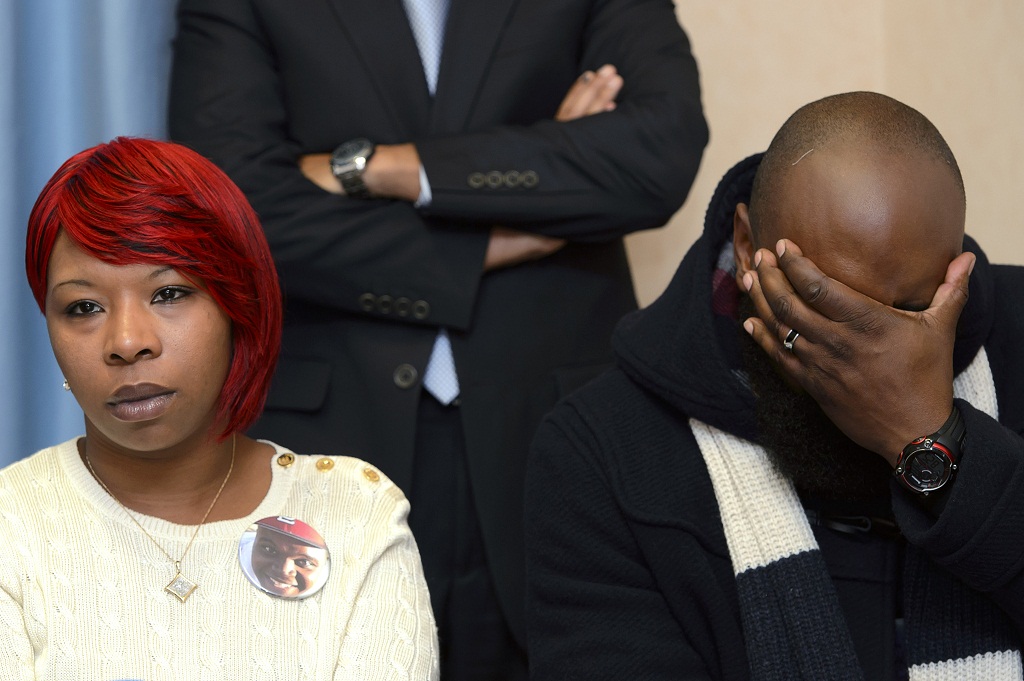 Lesley McSpadden (L) and Michael Brown Sr (R), parents of slain teenager Michael Brown, at a press conference about the UN Committee Against Torture in Geneva on 12 November 2014.

FERGUSON – The family of Michael Brown filed a wrongful death lawsuit against the city of Ferguson on Thursday, seeking unspecified damages and police reforms after the black teenager&39;s killing by a white policeman prompted a national debate on law enforcement and race.

The lawsuit seeks $75,000 (R910,440) in compensation, as well as unspecified punitive damages, and calls for a court order prohibiting the use of police techniques "that demean, disregard, or underserve its African-American population".

The shooting last August sparked protests and a national movement questioning police use of deadly force, especially against minorities in cities around the country.

The lawsuit alleges that Wilson destroyed evidence after he shot Brown on the street of the St Louis suburb last August, saying he washed blood off his hands and cleared and bagged the gun used in the shooting.

"We expect to put on evidence that you never heard about before, that you have never seen," Anthony Gray, one of the lawyers for Brown&39;s family, said at a news conference on Thursday to discuss the lawsuit.

Gray said evidence had not been presented properly in the previous investigations. A grand jury in Missouri decided last year not to bring criminal charges against Wilson.

The US Department of Justice later cleared the police officer of any civil rights violations.

While Brown was unarmed, some witnesses said he had charged Wilson in the incident.

"We have not had a chance to read through (the lawsuit), but because it is pending litigation, the city won&39;t be able to make any comment," Jeff Small, a spokesman for Ferguson, said in a telephone interview.

Lawyers for Wilson were not immediately available to comment.

The lawsuit has been expected since last month, when the family expressed disappointment in the Justice Department investigation and said it would sue.

The department&39;s report did find racial bias and a pattern of illegal actions against African-Americans by the Ferguson Police Department.

Jackson resigned last month, within days of the report&39;s release.

The civil lawsuit filed on Thursday listed incidents of alleged unlawful stops and arrests of African-Americans in Ferguson.

It asked for the court to assign a monitor to the city&39;s police force for five years or until "the city of Ferguson has fully and effectually trained all of its police officers on the constitutional requirements of the use of deadly force".