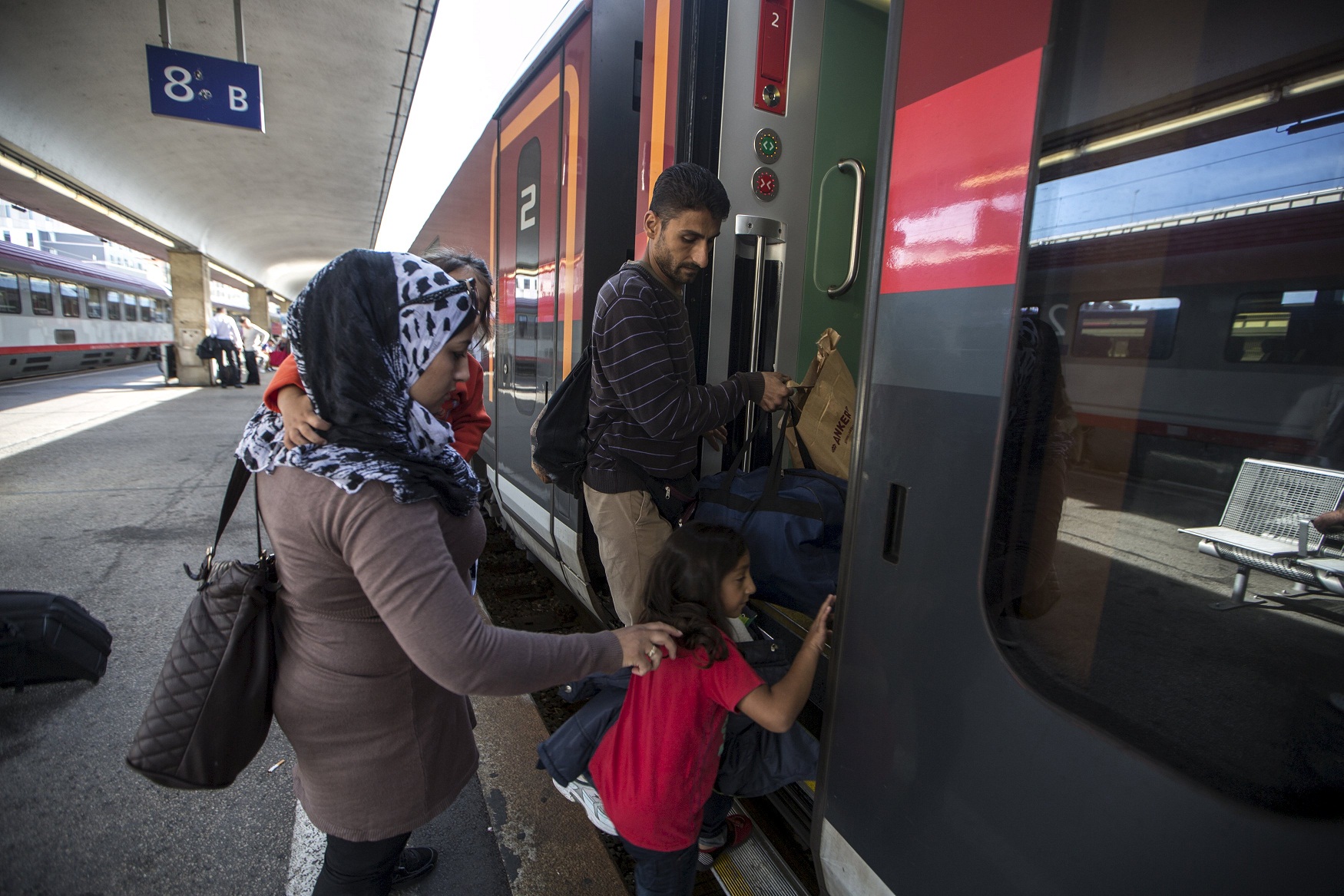 Ihab, a 30-year-old Syrian migrant from Dir al-Zour, board a train with his family at a railway station in Vienna, Austria, while making their way to Munich, Germany September 16, 2015.

BERLIN - The number of people applying for asylum in Germany has dropped steeply, figures showed on Monday, a sign that a deal between the European Union and Turkey to stem the flow of migrants is working.

The huge influx of migrants to Germany in the past two years has eroded the popularity of Chancellor Angela Merkel ahead of national elections in September and fuelled the rise of the anti-immigrant Alternative for Germany (AfD) party.

But the AfD has seen its support plunge in polls since the sharp slowdown in the flow of migrants after the deal between the EU and Ankara was reached a year ago.

Around 47,300 people arrived in Germany between January and March, mostly from Syria, Iraq and Afghanistan, while 60,000 applied for asylum in that period, down two-thirds from the same period a year ago, the interior ministry said.

The German office for migration and refugees ruled on 222,395 asylum applications from January to March.

About half the individuals were allowed to stay in Germany for the time being, but only a fifth were granted full refugee status.

Migrants who arrive in Germany are first registered at reception centres where they have to wait for months before they can file an asylum application, creating a huge backlog.

At the end of March, there were still around 278,000 outstanding applications to process, the ministry said.

A failed asylum-seeker from Tunisia killed 12 people in December by ramming a truck into a Berlin Christmas market, fuelling accusations by Merkel's opponents that mass immigration is making Germany more vulnerable to Islamist attacks.