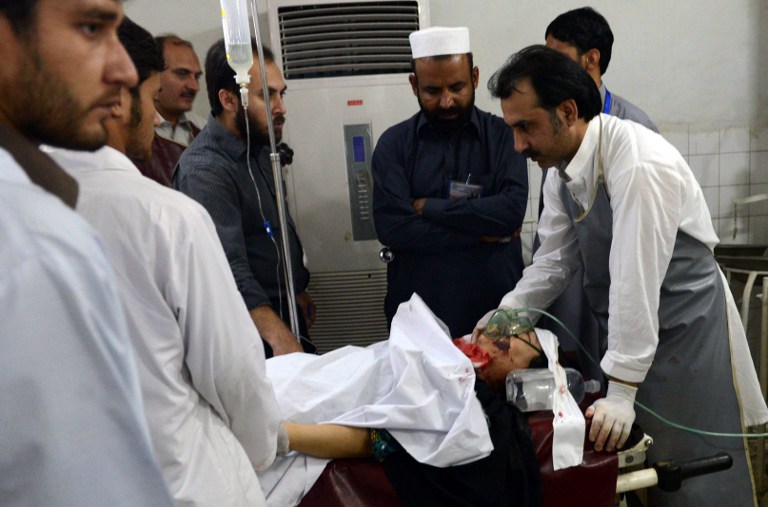 Pakistani paramedics treat an injured female polio health worker at a hospital following an attack by gunmen in Peshawar on May 28, 2013.

The workers were seized last Thursday in the Bara area of Khyber district by the Lashkar-e-Islam group.

Pakistan is one of only three countries in the world where polio is still endemic. But efforts to stamp out the crippling disease have been hit by repeated attacks -- often fatal -- on health teams.

"The polio workers have been released in Tirah valley and they will reach Peshawar by tomorrow (Wednesday)," Nasir Khan, a senior Khyber administration official, told AFP.

Their release was secured with the help of tribal elders, he added. A local intelligence official confirmed the release.

Tirah is a stronghold of Islamist insurgents, where the military claimed earlier this year that it had destroyed extremist hideouts after an operation.

Officials in Khyber said the group was made up of four teachers at a private school, a male nurse and two volunteers.

Militant groups in the restive country have rejected vaccination as a Western plot against Muslims and banned teams from giving out polio drops in some areas, which has hampered efforts to vaccinate children.