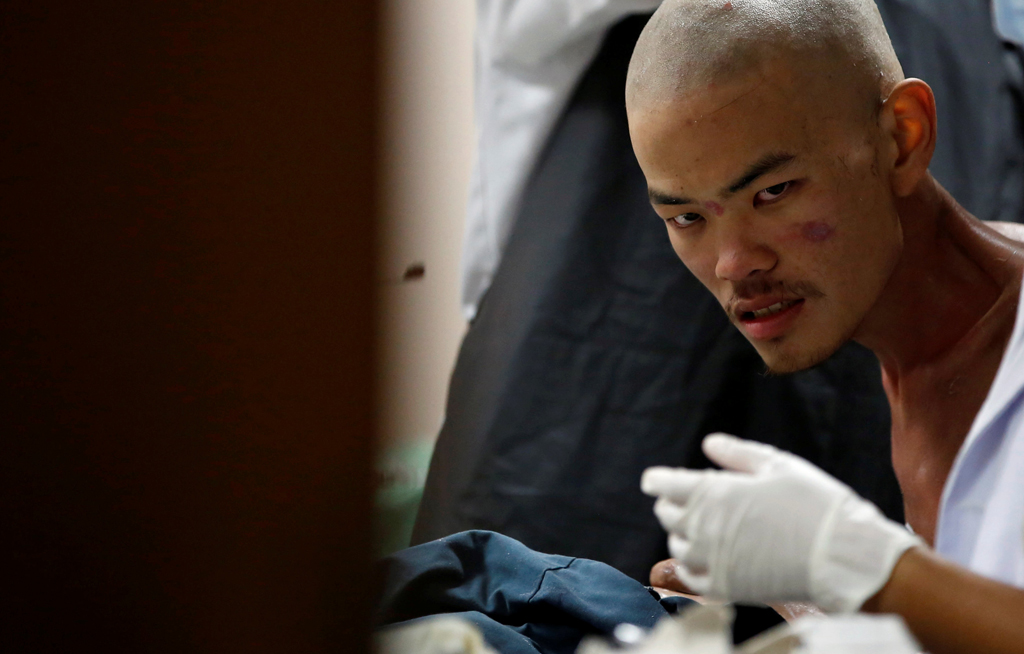 Taiwanese Liang Sheng Yueh undergoes treatment at a hospital after being rescued, Kathmandu, Nepal April 26, 2017. Liang Sheng Yueh and his fellow trekker Liu Chen Chun who died were missing for 47 days while on their trek.

KATHMANDU, Nepal - Rescuers on Wednesday found two Taiwanese trekkers who went missing in a remote mountainous part of Nepal seven weeks ago, but only one survived the ordeal.

Liu Chen-chun, 19, died just three days before the rescue team located the couple in northwest Nepal, but her boyfriend managed to survive despite running out of food.

Liang Sheng-yueh, 21, is being treated in hospital in Kathmandu where he was airlifted after being rescued from the steep slope where the couple had been trapped for over a month.

"He was sleeping when we found them," one of the rescuers Madhav Basnyat told AFP.

"He woke up after he heard us. We were very surprised to find him alive. He said that the girl died three days earlier."

Basnyat said that the two had followed a river downhill in the hope of finding a village but became stuck when they reached the edge of a waterfall and were unable to climb back up.

"They had been trapped there for 47 days when we reached," he said.

Speaking haltingly and in broken English as he sipped hot soup, Liang told AFP it had been "very cold" on the mountain, and difficult to sleep.

Doctors treating Liang said that he had lost 30 kilos and maggots had infested his right leg.

"When he was brought in he had maggots and was starved because he hadn't eaten," Sanjay Karki, his doctor said.

The couple survived on potatoes and noodles until they ran out of food and had to keep going on water alone.

Liang's father had travelled to Nepal after the couple went missing and chartered a helicopter to search for them.

Spring is peak season in Nepal's snow-capped peaks, a popular hiking destination with around 150,000 trekkers visiting the Annapurna and Everest regions every year.