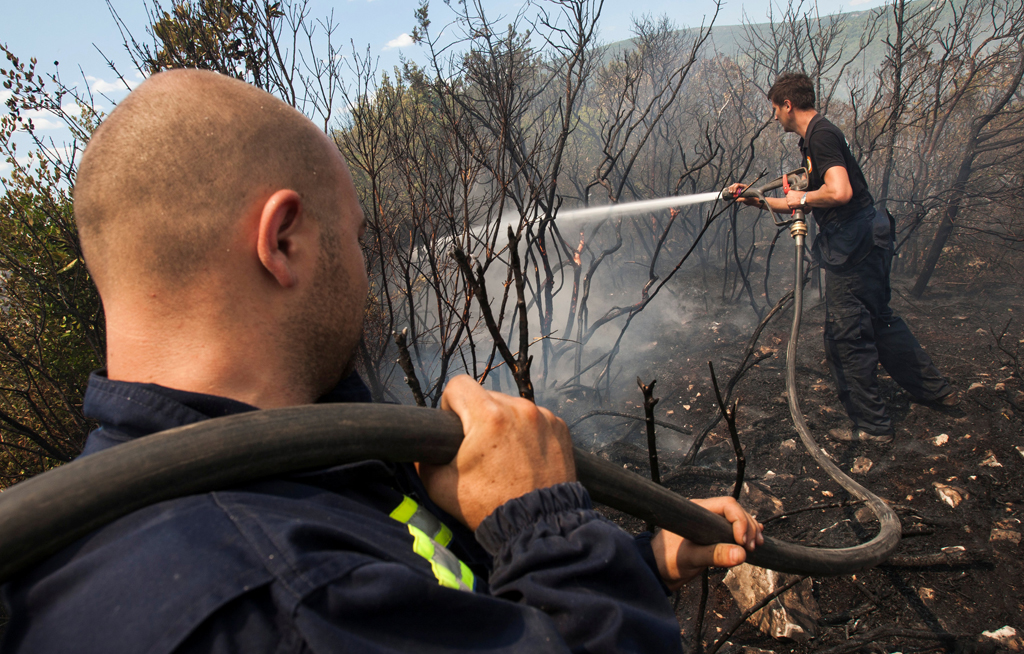 PODGORICA, Montenegro -  Montenegro asked Monday for international help to fight wildfires in the Lustica peninsula on the country's Adriatic coast.

"The situation at Lustica is critical. The interior ministry of Montenegro asked for the European Union Civil Protection Mechanism" to be activated to help extinguish the fire, the government said in a statement.

Fanned by strong winds, the forest fires forced the evacuation of more than a hundred campers.

Firefighters aided by the armed forces and volunteers have been battling the blazes since Sunday, boosted by police aircraft on Monday, the interior ministry said.