More than 650,000 displaced in floods, landslides in Sri-Lanka 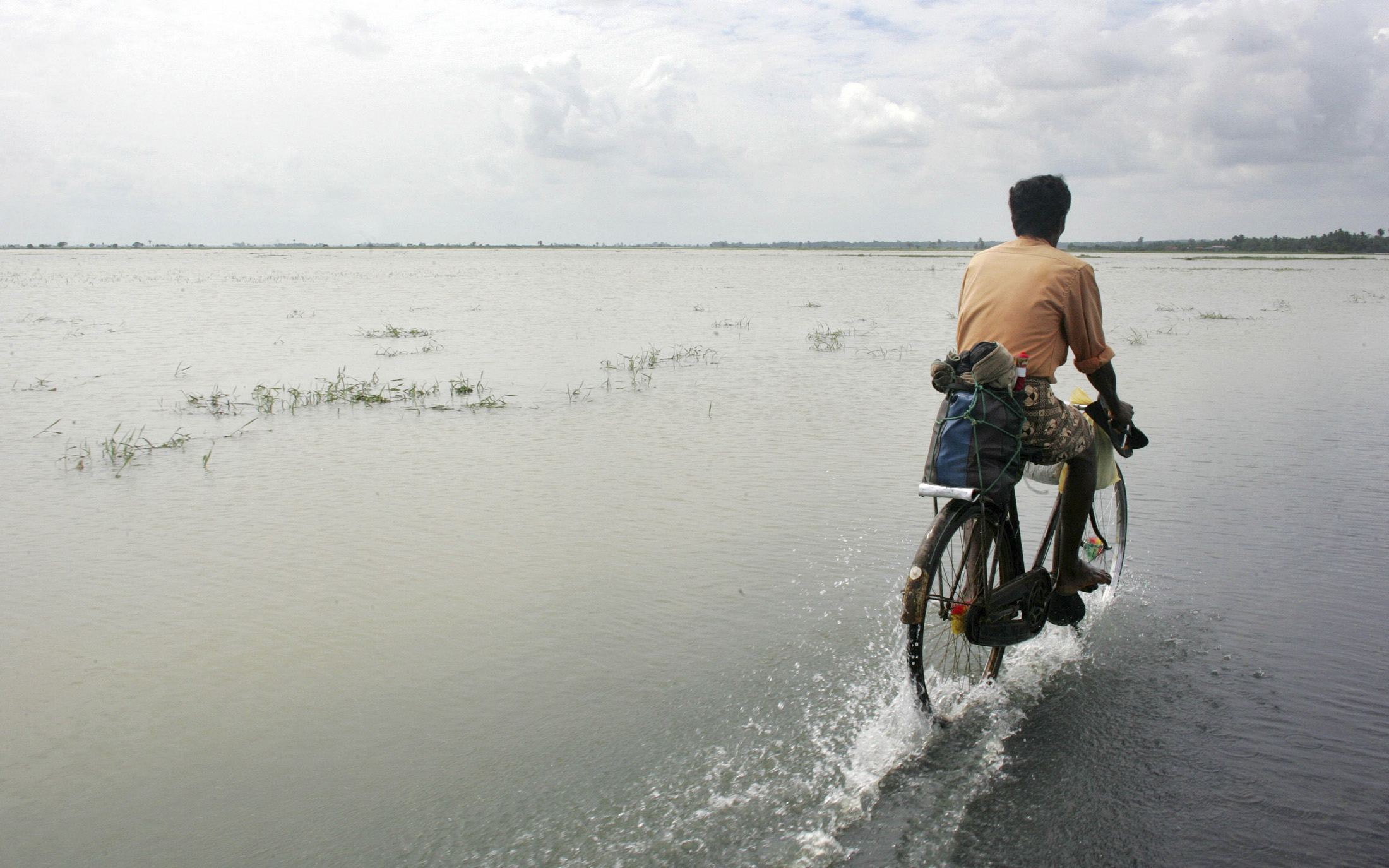 man cycles along the flooded Karaitivu road in Kalmunai in Sri Lanka.

The number of people displaced has increased by 150,000 since Monday, Disaster Management Centre (DMC) officials said, adding that there are signs the figures will rise.

Six days of heavy rains have flooded irrigation tanks and hydro-power reservoirs in the northern and central parts of the country, prompting irrigation officials to open sluice gates to prevent the tanks&39; breaching.

Only 80,000 of the displaced people have accommodation in camps set up by the government, the DMC said. Others are living with friends, relatives or in other temporary accommodation run by voluntary organisations.

The worst-affected area has been Batticaloa district, 303 kilometres east of the capital, where some 450,000 people have been impacted.

"We have warned people living close to the river and canal banks to be watchful of the rising water levels and the tanks are overflowing," a spokesman for the DMC said.

Several roads also have been closed in the central and the north-central parts of the country due to landslides and flooding. Fresh warnings have been issued of possible landslides in these areas.

The heavy rains and flooding interrupted several Christmas celebrations as churches offered prayers for those affected by floods.