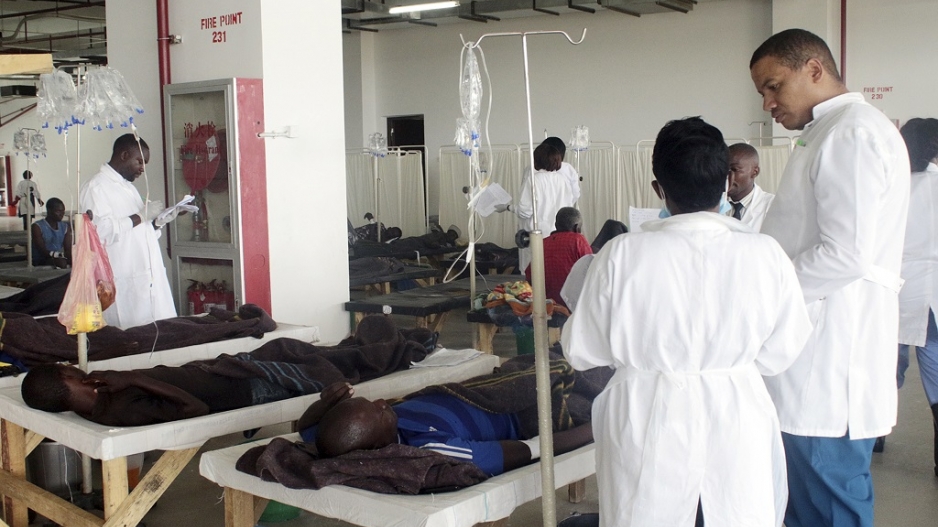 PARIS - A scandal over sexual abuse in the foreign aid industry that began with Oxfam spread on Wednesday, as French group Doctors Without Borders revealed it had fired 19 staff last year for harassment or abuse.

The Paris-based group, known by its French acronym MSF, said it had received 146 complaints or alerts last year, of which 40 were found to be allegations of harassment or sexual assault.

It said in a statement that it had acted on 24 of these cases, firing 19 employees as a result.

With 40,000 staff around the world, MSF is one of the world&39;s largest aid groups, best known for its work offering medical aid in conflict zones.

"Even though reports of abuse have steadily increased, MSF is aware that abuse goes under-reported," the charity said.

The revelations came as Oxfam grapples with allegations that it was not transparent about a scandal involving some of its staff for using prostitutes in Haiti following a devastating 2010 earthquake.

The scandal has led to the resignation of Oxfam&39;s deputy head and has thrown into question British government funding for the charity, which amounted to around £32 million (36 million euros, $44 million) last year.

Britain warned on Wednesday it would cut off ties with foreign aid charities that cover up sex scandals.

"Unless you report every serious incident or allegation, no matter how damaging to your reputation -- we cannot be partners," Britain&39;s International Development Secretary Penny Mordaunt told a conference in Stockholm, according to extracts of her speech released by her ministry.

"The same message goes out to any organisation or partner which receives UK aid. We want procedures to change. We want leaders to lead with moral authority and we want staff to be held accountable," she said.

"Sexual abuse and exploitation is an issue the entire development sector needs to confront," Mordaunt said, calling for a culture that "ensures victims and whistleblowers can come forward without fear".

An Oxfam spokeswoman on Wednesday said the aid agency had received 1,270 cancellations of donations by direct debit between Saturday and Monday -- compared to a normal monthly average of 600.

Goes around the system

The allegations revolve around Oxfam&39;s then head of mission in Haiti, Belgian national Roland van Hauwermeiren, whose behaviour had already led to complaints when he worked for the charity in Chad.

After resigning from Oxfam, he went on to work for French charity Action Against Hunger in Bangladesh.

There were reports on Wednesday that there had already been complaints about Van Hauwermeiren and his use of prostitutes when he was working for the British medical charity Merlin in Liberia before joining Oxfam.

Swedish former aid worker Amira Malik Miller told the humanitarian news agency IRIN that she had made a complaint about him in 2004 when she was working alongside him in Liberia.

When she saw an initial report about Van Hauwermeiren in The Times newspaper last week, she remembered thinking: "Oh my God, he&39;s been doing this for 14 years."

"He just goes around the system... from Liberia to Chad, to Haiti, to Bangladesh. Someone should have checked properly," Malik Miller was quoted as saying.

She said Van Hauwermeiren and other staff members were "shameless".

Oxfam&39;s internal investigation into the use of prostitutes in Haiti led to the dismissal of four employees and three others being allowed to resign, including Van Hauwermeiren.

"They let perpetrators go. They did not inform donors, their regulator or prosecuting authorities," Mordaunt said.

"It was not just the processes and procedures of that organisation that were lacking but moral leadership."

British actress Minnie Driver quit her role as an Oxfam ambassador late Tuesday, saying she was "devastated" by the charity&39;s response to the scandal.

Several sponsors and partners of Oxfam including Visa and the retail chain Marks and Spencer have also said they are examining the situation.