Myanmar man faces jail for speaking about child soldier past 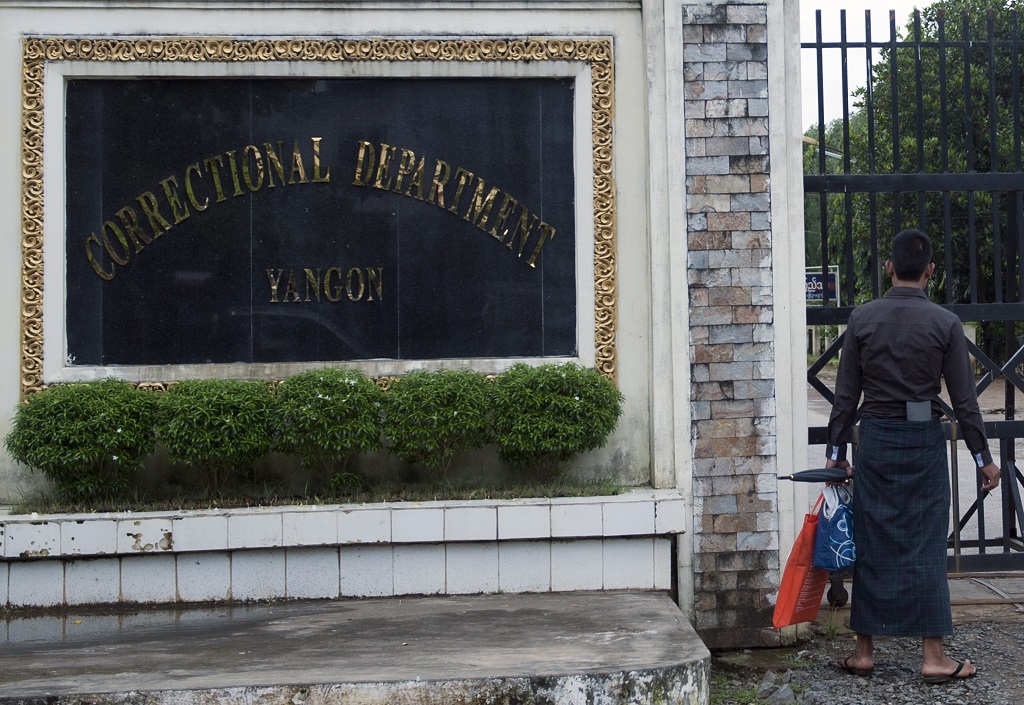 A man looks on near the gates of the Insein Prison in Myanmars largest city, Yangon.

YANGON - A man in Myanmar faces up to two years in jail after he was arrested for allegedly defaming the military in an interview he gave detailing his harrowing life as a child soldier.

Aung Ko Htwe, 26, was arrested on Friday, shortly after he spoke to Radio Free Asia's Burmese Service recalling how he was abducted and forced into the military as a teenager, his sister Nay Zar Htun, confirmed on Monday.

"The police arrested him for 505(b)," she told AFP, referring to a section of Myanmar's criminal code covering defamation of the military, which carries up to two years in jail.

Myanmar's military gave up full control of the country in 2011 after decades of brutal, isolationist junta rule that crippled the country.

The central army and the myriad of ethnic rebel armies it is fighting had a long track record of using child soldiers, a scourge that saw tens of thousands of minors abducted and forced into military service over decades.

The country is now a quasi-democracy headed by the civilian-led government of Aung San Suu Ki.

But the army retains significant political power and is sensitive to any criticism.

Nay Zar Htun said her brother was kidnapped by the military in 2005 when he was 14 years old.

"He felt bad about the time when he spent in the military," she said. "So he always wanted to tell his story to people and parents to make sure children didn't end up like him."

She added he was currently being held at Yangon's notorious Insein prison with the first court date scheduled for 1 September.

Police in Dagon Seikkan Township where the arrest was made did not respond to requests for comment.

There are no concrete figures on how many children are still among the estimated 500,000 troops that serve in Myanmar's military or the ethnic rebel armies it battles in the country's border regions.

The state's army has released almost 850 children and young people from its ranks since signing a pact with the United Nations in 2012.

But experts say children remain at risk as new underage recruits continue to trickle into the military and ethnic armed groups waging insurgencies against the state.