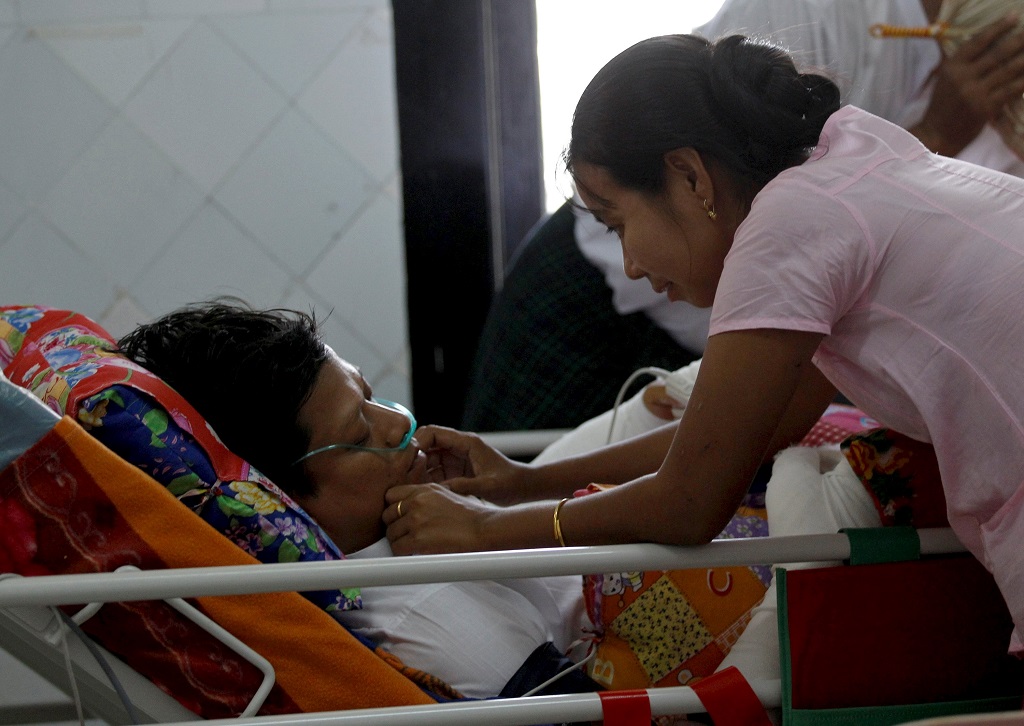 Naing Ngan Lynn at a hospital in Yangon, Myanmar 30 October 2015. The MP of opposition leader Aung San Suu Kyi's National League for Democracy party was recovering after being slashed with a machete in the first serious violence during campaigning.

YANGON, Myanmar - Myanmar&39;s member of parliament Naing Ngan Lin was recovering in hospital on Friday after being attacked when he was canvassing in Yangon, just nine days before the historic November 8 elections.

Naing, also a member of the Burmese National League for Democracy(NLD) was attacked by three men with knives on Thursday night at a campaign rally. According to other NLD members and witnesses, three members were injured and Naing was the most seriously hurt. He was not out of danger until 12 hours of treatment after being sent to hospital. Naing is running for a regional assembly seat in the commercial capital of Yangon.

"His leg was injured, as well as his head. His head was slashed from here to the eyebrow," said Min Soe Naing, another NLD member.

According to the doctors, they just dressed up Naing&39;s wound basically and he will have an operation next week.

"Among the injured, there is also a female. Her left arm was slashed. What worries us most is that she is in her three-month pregnancy," he said.

It is said that the NLD had already received threat of canceling the campaign before the incident happened, but they had ignored it. The police has arrested the three suspects, but their motives are still unknown. The election commission has not made any statement about the incident.