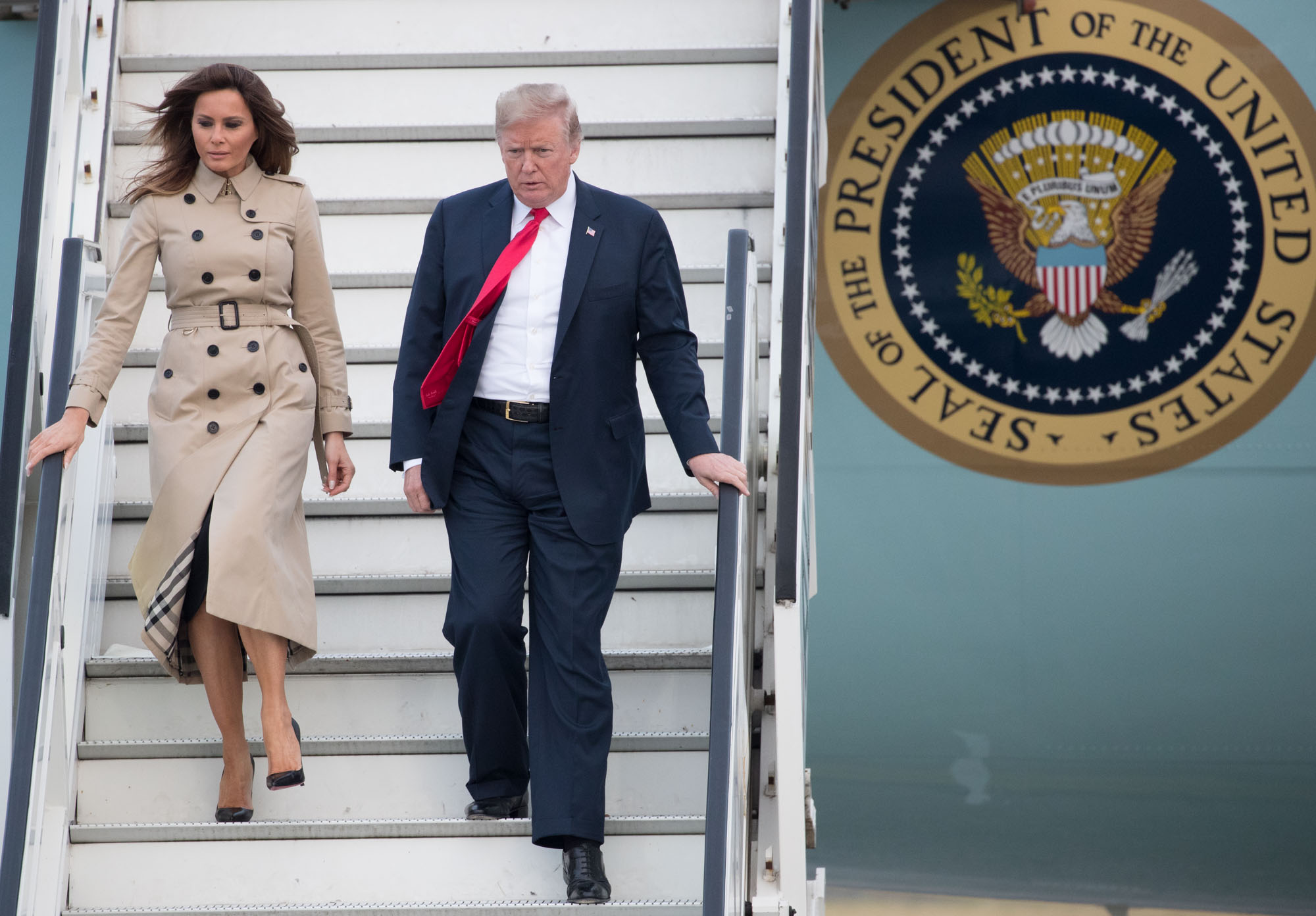 US President Donald Trump (seen here with wife Melania) has arrived in Brussels on the eve of a tense NATO summit where he is set to clash with allies over defence spending.

BRUSSELS - US President Donald Trump will harangue European allies for not spending enough on their defence on Wednesday as NATO begins its most difficult summit in years, as a yawning transatlantic rift widens.

Trump set the tone for the two-day meeting as he touched down in Brussels, tweeting a demand that NATO allies "reimburse" the United States for defence costs.

Many countries in NATO, which we are expected to defend, are not only short of their current commitment of 2% (which is low), but are also delinquent for many years in payments that have not been made. Will they reimburse the U.S.?

His stance earned him a summit eve rebuke by EU President Donald Tusk who said that Trump should "appreciate" his allies and that the United States didn&39;t have many.

While NATO officials and diplomats will try to promote an image of unity in the face of growing unease about the threat from Russia, the tensions between Brussels and the White House are growing ever sharper.

Trump said before leaving Washington that his meeting in Helsinki with Russian President Vladimir Putin next Monday "may be the easiest" part of his European tour, which also includes a trip to Britain, where the government is in crisis over Brexit.

And he vowed not to be "taken advantage" of by the European Union, which he accuses of freeloading by relying on the United States for its defence while restricting US imports into the bloc, the world&39;s biggest market.

The meeting of 29 Western leaders has the potential to turn into another public bust-up following a divisive and bad-tempered summit of G7 nations in Canada last month.

Trump has ramped up his rhetoric ahead of the talks, explicitly linking NATO with the transatlantic trade row.

"The European Union makes it impossible for our farmers and workers and companies to do business in Europe, and then they want us to happily defend them through NATO, and nicely pay for it. Just doesn’t work!" he tweeted as he arrived in Brussels.

European officials have expressed hopes that NATO members can paper over their differences but Tusk&39;s salvo exposed the deep transatlantic divisions.

There have been fears that Trump, keen to be seen to make a breakthrough with the Kremlin strongman, might make concessions that would weaken Western unity over issues like Ukraine and Syria.

Trump set the stage for clashes at the summit by writing to around a dozen allies to berate them for lagging on a 2014 pledge to try to spend two percent of GDP on defence by 2024.

According to a joint declaration prepared in advance of the summit, part of which was seen by AFP, NATO members will make an "unwavering commitment to all aspects of the defence investment pledge agreed at the 2014 Wales Summit" which includes the two percent target.

But in a bid to appease the US president, they also vow to "submit credible national plans on its implementation".

However new figures published Tuesday will do little to satisfy Trump&39;s demands -- they show that only seven European NATO countries will reach the two percent target in 2018.

Crucially, they do not include Germany, Europe&39;s biggest economy and prime target for Trump&39;s invective, which is on course to spend just 1.24 percent of GDP on defence in 2018.

US ambassador to NATO Kay Bailey Hutchison told reporters that Trump would also recommit to one of the founding articles of NATO -- Article 5 -- which holds that an attack on one member is an attack on them all.