Nato puts on united front against Russia despite funding rows 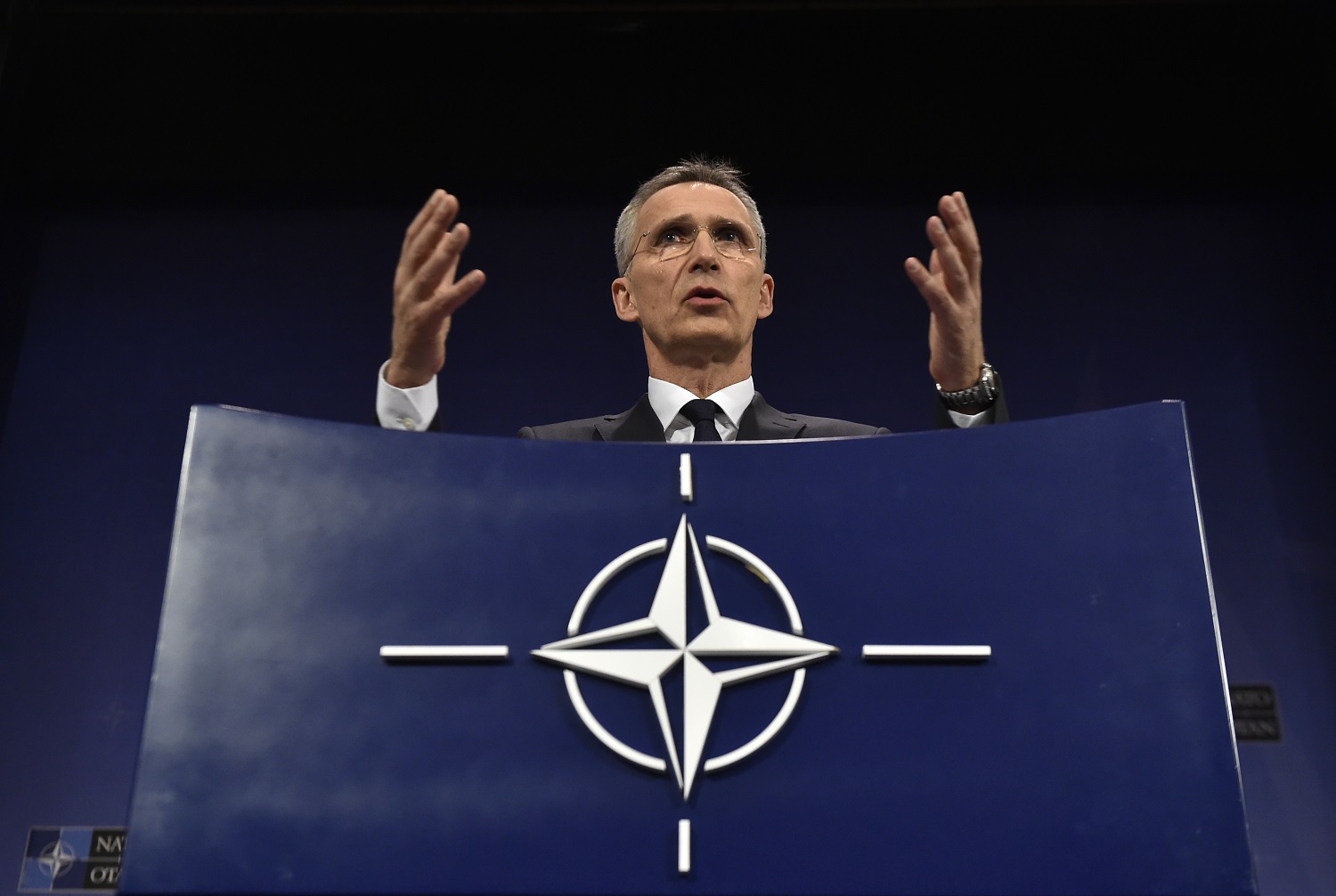 Nato Secretary General Jens Stoltenberg gives a press conference during a Foreign ministers meeting at the Nato headquarters in Brussels on April 27 2018.

BRUSSELS - Nato put on a united front on the need to counter Russian "aggression" on Friday, despite differences on defence spending, as new US Secretary of State Mike Pompeo pressed allies to shoulder a bigger military burden.

There was agreement among foreign ministers meeting in Brussels on the need to find ways to counter Russia&39;s adoption of "hybrid warfare" techniques -- subversion, propaganda, cyber warfare -- to undermine the West without triggering a full Nato military response.

Despite the hawkish reputation of US President Donald Trump&39;s new top diplomat, the 29-member alliance agreed to continue its dual-track policy towards the Kremlin of defence and deterrence coupled with an offer of dialogue.

Noting that the talks were the first Nato ministerial meeting since Russian agents allegedly used a nerve agent to poison a former double agent in the English town of Salisbury, Britain&39;s Foreign Secretary Boris Johnson summarised the dilemma.

"How do you deal with a military environment in which attacks come below the threshold of the Article 5 commitment to mutual support but do demand a common response?" he asked, referring to the alliance&39;s mutual self-defence pact.

Ministers discussed concrete proposals to address the problem, a senior State Department official told reporters, but they are not expected to be finalised and announced before Nato&39;s full summit on July 11 and 12.

Tensions between Nato and Russia are running at levels not seen since the Cold War, but Nato chief Jens Stoltenberg insisted the alliance was still open to dialogue with Moscow.

"We agreed that our dual-track policy of strong deterrence and defence combined with meaningful dialogue is the right one," Stoltenberg said.

"When tensions are high, our dialogue is more important than ever," he added, saying the alliance was working for another meeting of the Nato-Russia Council.

Former CIA chief Pompeo flew into Brussels barely 12 hours after he was sworn in, which Stoltenberg hailed as a sign of Nato&39;s importance to Washington -- despite Trump&39;s regular barbs directed at the alliance.

But, away from the bonhomie of his welcome, Pompeo also came with a tough message on the need for other member states to increase their military spending and thus reduce the burden placed on the alliance&39;s biggest member.

Newly-confirmed Sec. of State Mike Pompeo: "In light of Russia&39;s unacceptable actions, NATO is more indispensable than ever...NATO should not return to business as usual with Russia until Moscow shows a clear change in its actions." https://t.co/PYmaV2h3sx pic.twitter.com/i76WlpWnjj

Some allies, notably wealthy Germany, are reluctant to meet a commitment made at a Nato summit in Wales in September 2014 to spend at least two percent of their GDP on defence.

Trump has repeatedly declared this to be tantamount to countries not paying their dues, and Pompeo carried this message to Brussels as his predecessor Rex Tillerson had done.

But, Germany&39;s new Foreign Minister Heiko Maas stressed the contribution Berlin was making to humanitarian work in Syria and to Iraq.

He said Merkel&39;s coalition government was in the middle of budget negotiations but held out little prospect that they would lead to a defence spending boost.

And he stressed Germany "has an extraordinary presence in terms of its perception of its international responsibility and that we are also fulfilling our obligations to Nato."

Before the talks began, US diplomats had singled out Germany -- which spends only 1.24 percent of its large GDP on defence -- for criticism.

After the first session, the US official was more guarded. "There was a consensus by all countries to deliver their plans, including those who have not yet done so," he said.

"Mike Pompeo, of course, insisted on the need for burden-sharing, but he did it without aggression," Asselborn told AFP.

"On the contrary he was attentive, he listened and took part in all the discussions."