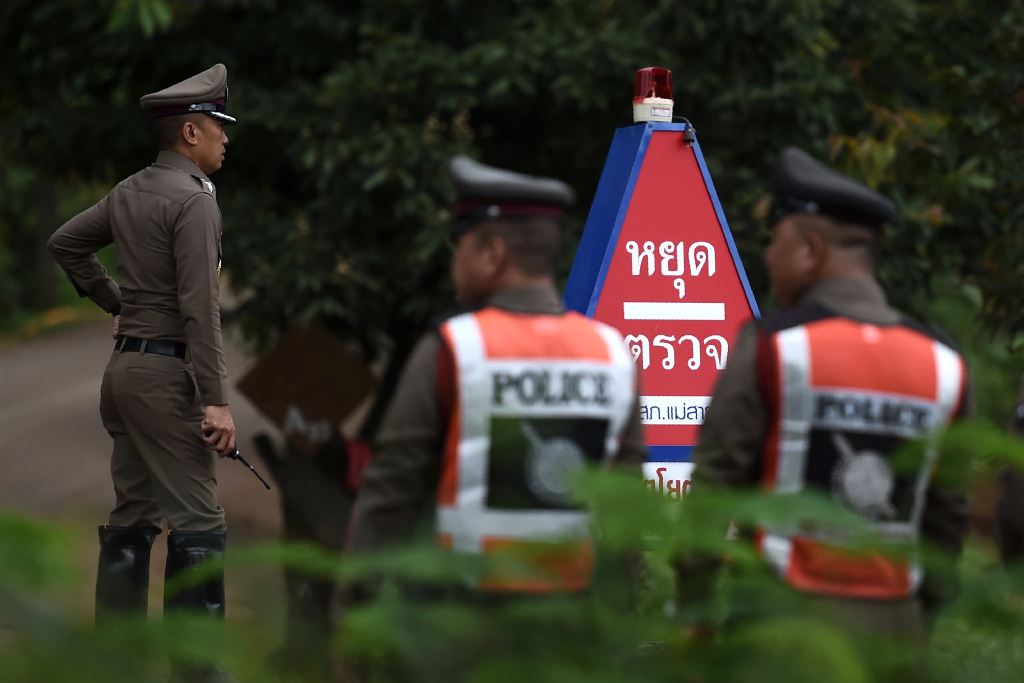 Thai police guard a road leading to the Tham Luang cave area as operations continue for the remaining eight boys and their coach trapped at the cave in Khun Nam Nang Non Forest Park in the Mae Sai district of Chiang Rai province on July 9, 2018.

MAE SAI, Thailand -  Eight boys in total have been extracted from a cave in Mae Sai after Thai divers resumed operations in the cave rescue at 11am (6 am SAST) on Tuesday, according to international news reports.

CNN Philippines and The Guardian reported that "rescue workers in Thailand were seen carrying a person on a stretcher away from a cave complex and into a waiting ambulance."

According to CBS News, a sixth person and seventh person were then taken out on stretchers. All were taken to a hospital.

CNN then reported an eight boy has been rescued and operations were completed for the day.

• 4 boys and their soccer coach remain inside the cave

• Operations completed for the day

• Rescued children are recovering at a hospital

The head of the rescue team, Narongsak Osottanakorn, had earlier said they expected &39;good news in a few hours&39; from the Thai cave mission.

He said conditions were as good as those on Monday. A few replacements had been made to the rescue personnel, but most of the team from day one remained.

Osottanakorn said the water levels had not deteriorated since Monday despite rainfall and remained constant within the cave.

He added: “The water level is not worrisome ... Yesterday’s rain did not affect water levels inside the cave.”