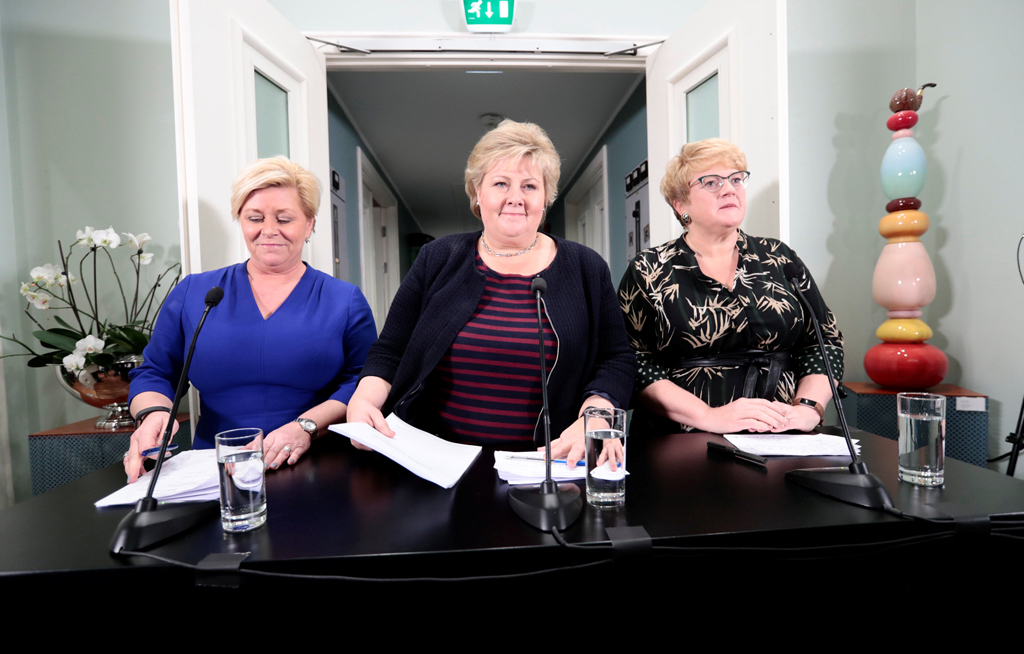 OSLO - Norway&39;s right-wing coalition on Sunday took in a small centre-right party, but remains a minority government and will continue the search for the parliamentary majority needed to ensure it can pass laws.

And the government had to make concessions to entice the Liberal Party aboard, notably over the environment and oil exploitation.

Conservative Prime Minister Erna Solberg, who has been in power since 2013, secured a narrow victory with her coalition partner, the anti-immigration Progress Party, in September elections.

The new deal with the Liberal Party was announced by the three party chiefs after ten days of negotiations in the southeast town of Moss.

"The temperature rose occasionally but the mood was generally very good."

The distribution of ministerial portfolios between the three parties will take a little longer to agree, but an announcement is expected by Friday.

Even with the addition of the eight Liberal members of parliament, the coalition government remain short of a parliamentary majority, with 80 of the 169 seats in the chamber, and will have to continue the search for partners.

Traditional ally the Christian Democrats, who also have eight deputies, have so far resisted all offers to enter the current government.

The revised government platform, thanks to the Liberals, will now include measures such as the protection, until the end of the government&39;s term in 2021, of waters around the idyllic Lofoten, which the oil industry would very much like to get its hands on.

Norway is Western Europe&39;s biggest oil and gas producer, but the future of the oil industry is increasingly uncertain due to the fall in prices in recent years and the Paris climate deal which requires signatory nations to take actions to reduce their carbon footprint.

The Liberal Party also secured guarantees on maintaining tax exemptions for electric cars, a field in which Norway is very advanced.

The new tripartite government will also have the ambitious goal of achieving zero emission from all vehicles by 2025.

At her party&39;s insistence, the Nordic country will also open its doors to more refugees and will dismantle all fur farms.