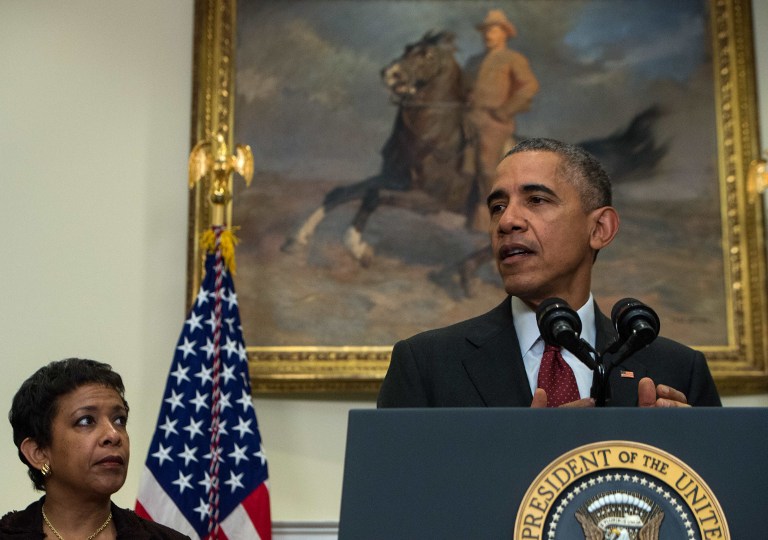 US President Barack Obama makes a statement in the Roosevelt Room at the White House in Washington, DC, on November 25, 2015 following a meeting with his national security team.

"Like many Americans, I was deeply disturbed by the footage of the fatal shooting of 17-year-old Laquan McDonald," Obama wrote on his official Facebook page.

"This Thanksgiving, I ask everybody to keep those who&39;ve suffered tragic loss in our thoughts and prayers, and to be thankful for the overwhelming majority of men and women in uniform who protect our communities with honor."

He added: "And I&39;m personally grateful to the people of my hometown for keeping protests peaceful."

Chicago police initially said that McDonald was high on the hallucinogen PCP, acting erratically, and that he lunged at officers with a knife when he was shot 16 times in October 2014.

But a police dashcam video showed the teenager walking away when Jason Van Dyke opened fire and McDonald made no threatening gestures to justify the use of deadly force, prosecutors say.