Obama faces up to policy limits on US urban ills 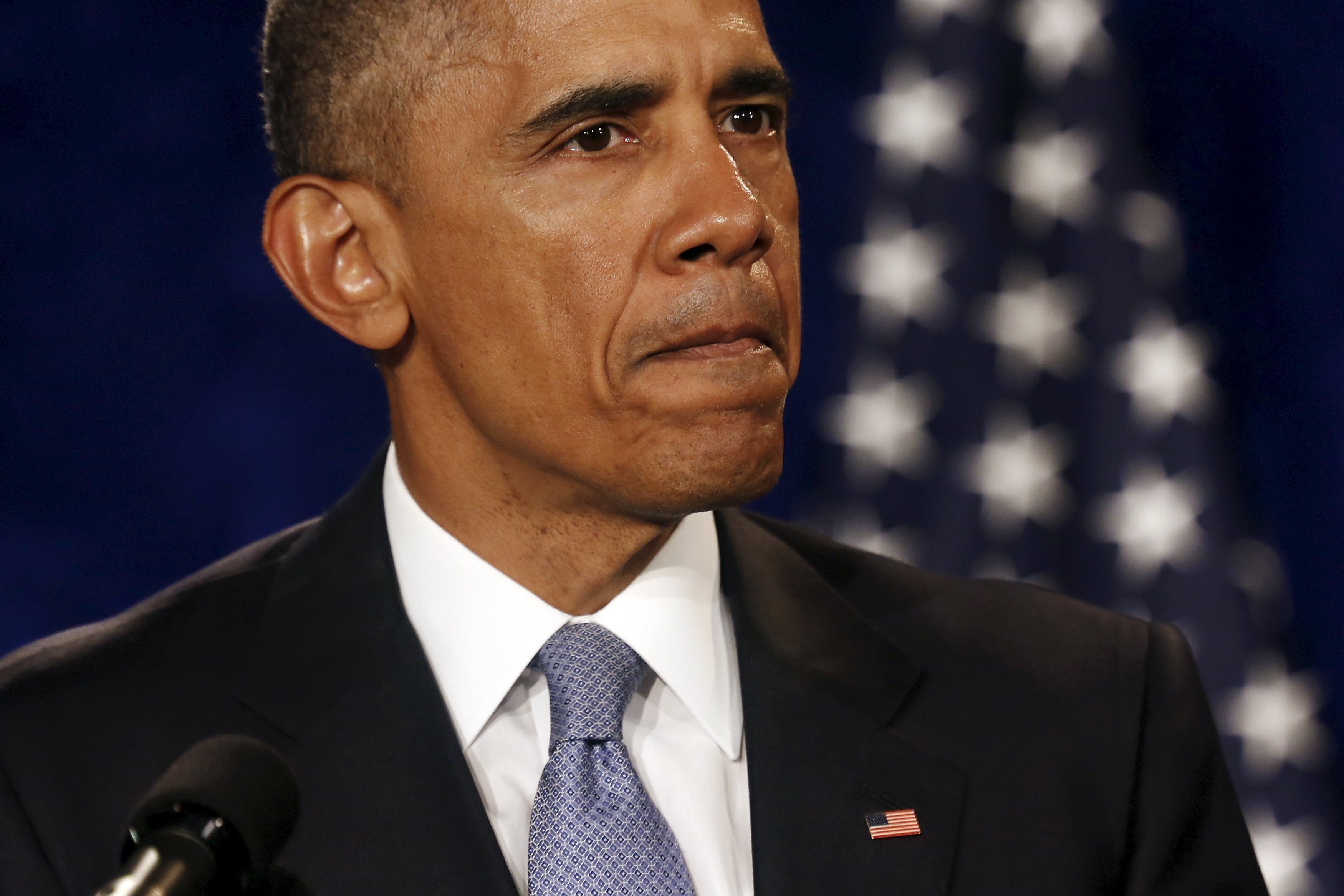 U.S. President Barack Obama pauses during remarks at an Organizing for Action summit in Washington April 23, 2015.

WASHINGTON - Despite his recognition that the violence in Baltimore is rooted in economic desperation, Barack Obama has been unable to enact substantial policies to tackle inner city problems, facing limits imposed by Congress and his own identity as the first black president.

As images of looting, rioting and fires from the east coast city transfixed the nation, Obama acknowledged on Tuesday he would be unable to win support for the kind of broad economic and criminal-justice reforms needed to transform urban neighborhoods.

He has focused on more modest efforts, last year launching My Brother&39;s Keeper, a mentoring and support program aimed at helping at-risk African-American children and young men in urban areas.

Obama has touted the initiative as a means to combat the kind of inner-city turmoil seen in Baltimore, but it remains in its infancy.

As he approaches the last year-and-a-half of his presidency, some leaders of the black community are voicing frustration at a lack of more comprehensive efforts from the White House.

"We stepped back from the economic brink, but the president is in a position to do something around social mobility and income inequality that we have not been heretofore been able to do," Cornell William Brooks, president of the National Association for the Advancement of Colored People, said.

Facing Republican majorities in both chambers of Congress, Obama has used his executive powers in recent months to bypass the legislature and enact major policy shifts on immigration, climate change and detente with Communist Cuba.

But similar actions to address the poverty and crime that affect black neighborhoods the most are far more difficult because of Congress&39;s power over spending at a time when fiscal conservatism has been on the rise among Republicans.

In recent years Obama has proposed initiatives including free community college for low-income students, a $500 billion programme to rebuild the nation&39;s infrastructure, and more tax credits for working families.

All have failed or stalled amid opposition in Congress.

"I&39;m under no illusion that out of this Congress we&39;re going to get massive investment in urban communities," Obama said at a White House news conference on Tuesday.

Obama&39;s own unique status as the nation&39;s first black president may have afforded less political room to inject himself into a national debate that is tinged by issues of race.

"It is very difficult for Obama to take an action that would not be personalised," said Lorenzo Morris, a political-science professor at Howard University in Washington.

In addressing the Baltimore riots, Obama walked the same careful line he has since riots swept the town of Ferguson in Missouri last year over the shooting death of a black youth by a police officer.

He largely supported the police and condemned acts of violence, while trying to empathise with peaceful protesters.

At this point in his administration, he should be willing to take risks

Representative George "G.K." Butterfield, a North Carolina Democrat who chairs the Congressional Black Caucus, told Reuters that a "national emergency" should be declared for high-unemployment urban areas and that Congress needed to act on sentencing reform so that young offenders aren&39;t locked out of the job market.

"Public opinion influences leadership and I think public opinion is turning in the direction of criminal justice reform," he said.

Charles Grassley, the Republican senator from Iowa who chairs the Senate Judiciary Committee, this week signaled a willingness to consider such a reform bill.

But Representative Kevin McCarthy of California, the Republican majority leader in the House, said his party would not consider any new legislation until the situation in Baltimore had calmed down.

"If there&39;s a better way of going about doing something, we&39;ll look at it," he said. "But this is a situation that has gotten out of control, it is unacceptable."

There is little in the offing on the economic front.

Harry Reid, the Democratic leader in the Senate, berated his colleagues Tuesday for proposing so little in terms of job creation

"Looking out at the year ahead, the only piece of legislation I see on the agenda that does anything to create jobs is a surface transportation bill. There&39;s nothing else."

Reid, too, said he saw the riots in Baltimore as a call to address the issue of rising inequality and lower social mobility.

"Let&39;s not pretend the path from poverty like the one I traveled is still available to everyone out there as long as they work hard," Reid said.