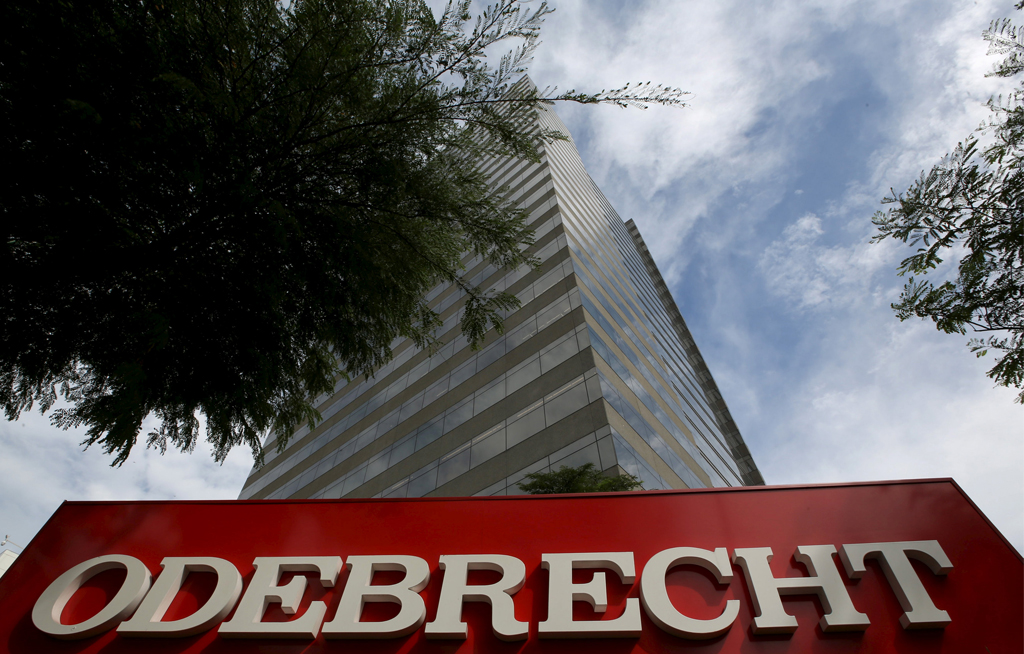 The headquarters of Odebrecht SA is pictured in Sao Paulo.

"You had a company where it was an open secret that acts of corruption took place under previous governments," she told RPC radio, asked about the scandal.

"And with what came out late last year, it stopped being a rumour, and it also stopped being an open secret," said de Saint Malo, who is also foreign minister.

The US Justice Department reported in December that Odebrecht had paid bribes worth hundreds of millions of dollars to obtain contracts in nine Latin American countries.

"This is all documented," she said, adding it was indisputable that Panamanian officials and family members of officials were paid commissions in exchange for public contracts.

"The country has the right to know who took this money," she said, arguing that it should be returned to state coffers.

Two sons of former president Ricardo Martinelli have denied Brazilian newspaper reports that they had received $6 million intended as a bribe from Odebrecht for their father.

So far, prosecutors have ordered investigations of Carlos Ho Gonzalez, an official under Martin Torrijos, and Martinelli himself for "alleged illicit enrichment."

Martinelli, who denies the charges, lives in voluntary exile in Miami. The Panamanian government has requested his extradition on allegations of espionage and corruption.

Panama also has said it was barring Odebrecht from bidding for future public tenders, and was seeking to remove the company from projects it was already involved in.

They include a new line of Panama City's metro system, a fourth bridge over the Panama Canal and plan for a hydroelectric dam that would now be scrapped.