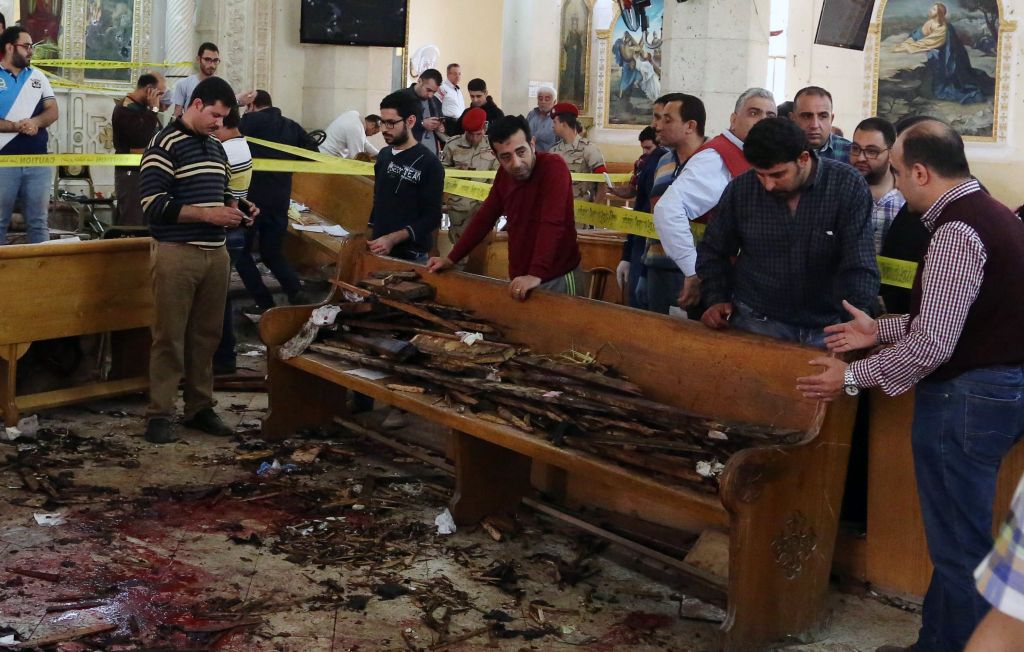 Forensics collect evidence at the site of a bomb blast which struck worshippers gathering to celebrate Palm Sunday at the Mar Girgis Coptic Church in the Nile Delta City of Tanta, 120 kilometres (75 miles) north of Cairo, 9 April , 2017.

CAIRO – Egyptian police on Tuesday arrested a man wanted for involvement in twin church bombings this month claimed by the Islamic State, an official said.

Acting on a tip-off, police arrested Ali Mahmoud Mohamed Hassan, one of 19 suspects whose names police were made public after the Palm Sunday explosions, the official said.

Two suicide bombers attacked two churches in the cities of Tanta and Alexandria on April 9, killing 45 people in the deadliest attack on Coptic Christians in recent memory.

Hassan was arrested in the southern province of Qena, from where the two suicide bombers also came.

The Palm Sunday bombings followed an earlier attack by a suicide bomber who detonated his explosives in a packed Cairo church in December, killing 29 people.

The Islamic State, which claimed all three bombings, has threatened more attacks on the minority, which makes up about 10 percent of Egypt&39;s 90 million people.

The attacks, weeks before a planned visit by Catholic Pope Francis, prompted the government to declare a three-month state of emergency.