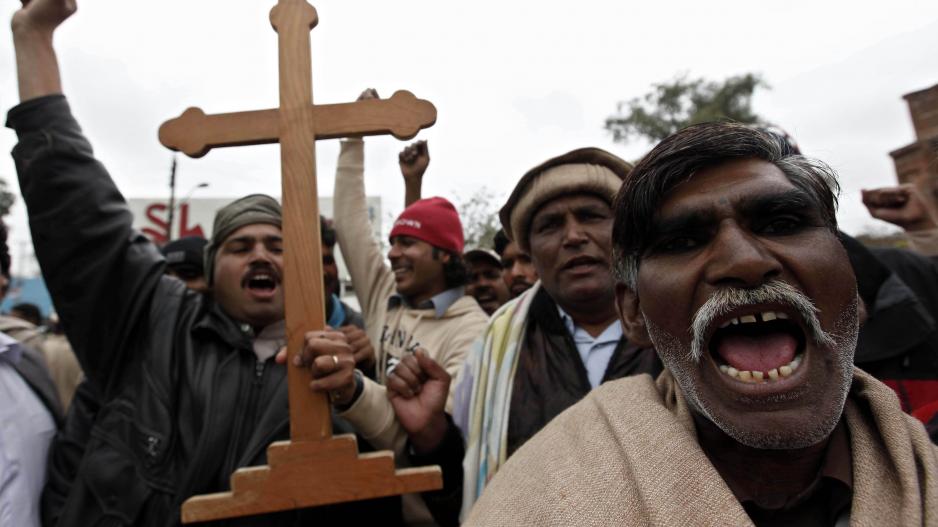 LAHORE - Pakistan&39;s minority Christians on Monday blocked roads and pelted police with stones in the eastern city of Lahore, a day after Taliban suicide bombers killed 15 people as they targeted two churches in the city - the latest attack against religious minorities in this increasingly fractured country.

Sunday&39;s twin bombings struck in quick succession in the Christian neighborhood of Youhanabad during morning services. The bombers detonated their suicide vests outside the two churches, about 600 meters (650 yards) apart. At least 70 people were wounded in the attacks.

After the attacks, angry Christian mobs blocked the highway, ransacked bus terminals and burned two people to death who they suspected of being involved in the attacks.

Along with Lahore, Christians also blocked roads Monday in the eastern cities of Faisalabad, Sargodha and Gujranwala.

In Lahore, they blocked a major highway that runs near the two attacked churches and forced public transport services to shut down, said police officer Bilal Ahmad. Later, an angry Christian mob pelted the police with stones and smashed police cars and other vehicles, according to Rana Sanaullah of the ruling PML-N party. He said officers were trying to calm the protesters and get them to disperse.

The TV aired footage showing a car speeding away after hitting some protesters who were trying to block it. Ashraf said he had no information what had happened to those hit by the car.

Also Monday, Interior Minister Chaudhry Nisar Ali Khan denounced the twin church attacks as an "inhuman act of terrorism" and said it reflected the militants "frustration" in the face of a stepped-up military operation against them. Last June, Pakistan launched a major operation to rout militants from their strongholds and has claimed success in the offensive.

"We have shrunk the space for them to operate," Khan said Monday.

Life in Pakistan is increasingly dangerous for religious minorities. They have been targeted by extremist Sunni Muslim militants and are also discriminated against in the wider society, where they are often limited to menial jobs like garbage collection.

Much of the country is already on edge after years of militant violence, including an attack on a Peshawar school in December that killed 150 people - mostly students.

The Pakistani Taliban group, which claimed responsibility for the church attacks, has been waging an insurgency for over a decade, seeking to overthrow the government and install their own brand of harsh Islamic rule. Thousands of Pakistanis have been killed in the attacks.