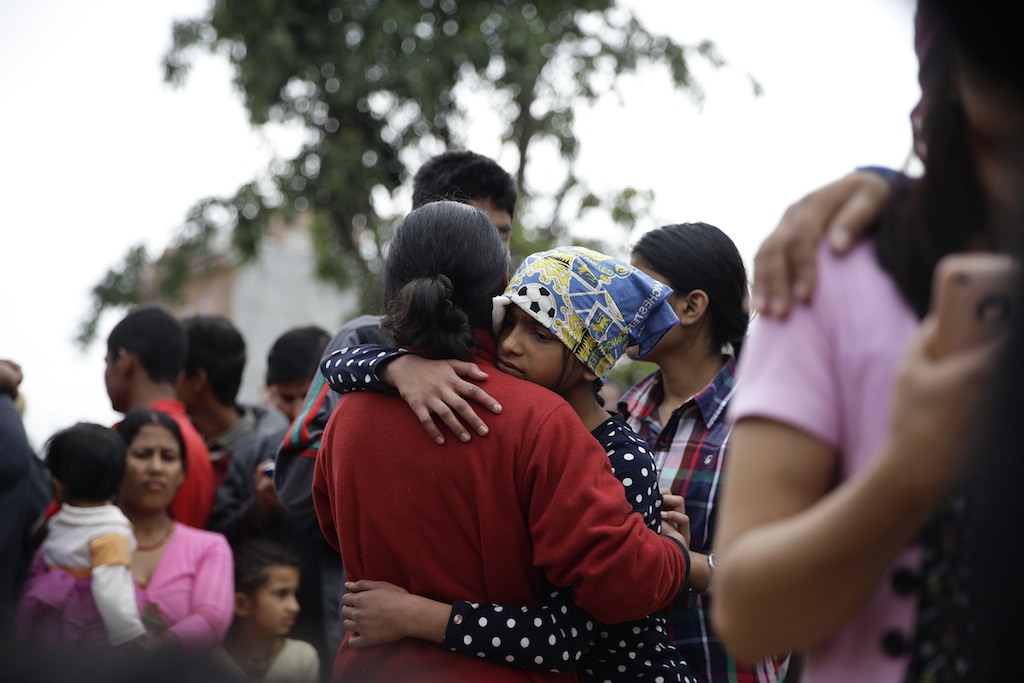 urvivors comfort each other after an earthquake caused serious damage in Kathmandu, Nepal, 25 April 2015. A 7.9-magnitude earthquake rocked Nepal destroying buildings in Kathmandu and surrounding areas, with unconfirmed rumours of casualties.

Editors note: This story has been updated with new information.

KATHMANDU - At least  900 people are dead after a shallow earthquake measuring 7.9 magnitude struck west of the ancient Nepali capital of Kathmandu on Saturday, according to police.

The quake struck west Kathmandu, causing buildings to collapse, injuring many and leaving a pall of dust over the city, witnesses said.

The death toll is expected to rise as Kathmandu&39;s decrepit buildings, criss-crossed by narrow alleys, are home to large families. A 1934 quake of magnitude 8.3 in the impoverished Himalayan nation killed over 8,500 people.

At the main hospital in Kathmandu, people with broken limbs were being rushed in for treatment. It was unclear how many people were injured.

A girl died after a statue fell on her in a park in Kathmandu, a witness said, while another died in India when her house collapsed.

The Dharara Tower, built in 1832, had been open to visitors for the last 10 years and had a viewing balcony on its eighth floor.

One body was removed from the tower and a second lay further up the road, a Reuters witness said.

A Reuters reporter in Kathmandu said he had seen some buildings collapse and walls of several houses reduced to rubble. "Everyone is out in the streets, people are rushing to the hospital," the reporter said.

Tremors were felt as far away as New Delhi and other northern cities in India, with reports of tremors lasting almost one minute.

Everest base camp huge earthquaqe then huge avalanche from pumori.Running for life from my tent. Unhurt. Many many people up the mountain.